Taking Tequila to the Next Level: Tequila Ocho

The award-winning Tequila Ocho is the creation of one of the agave industry’s most-respected duos. 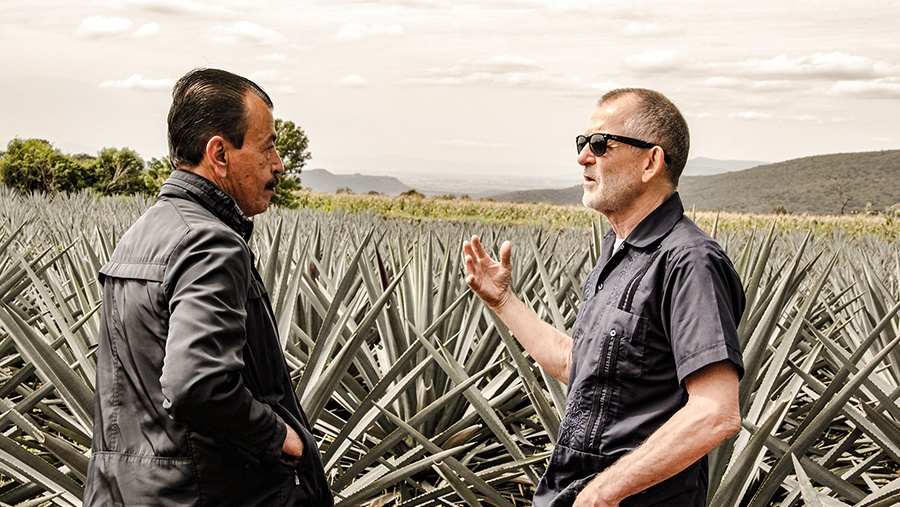 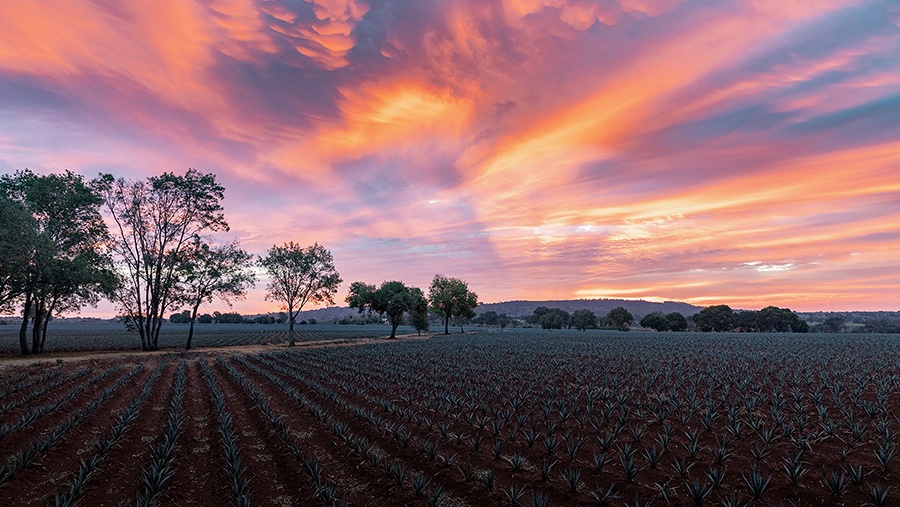 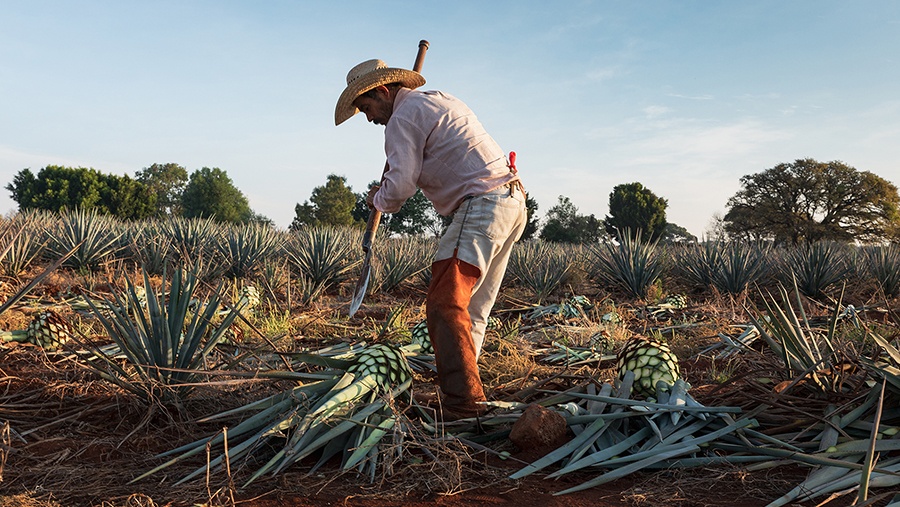 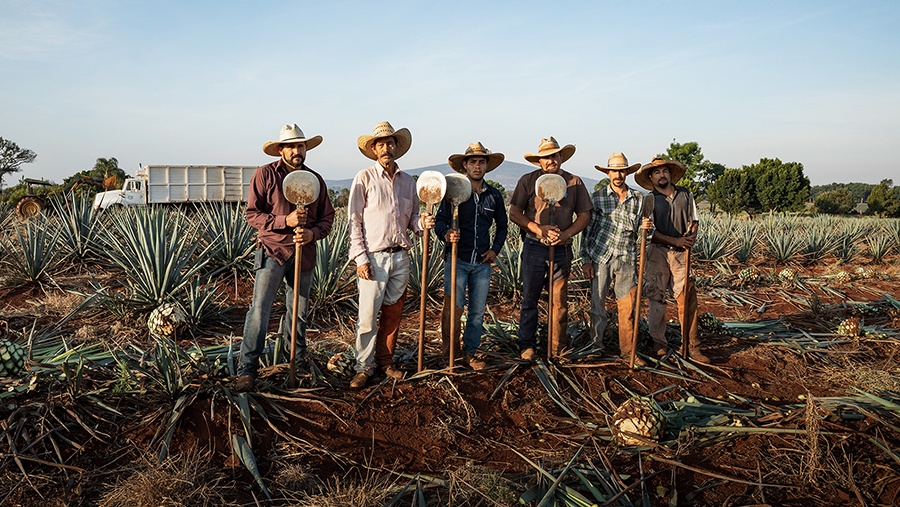 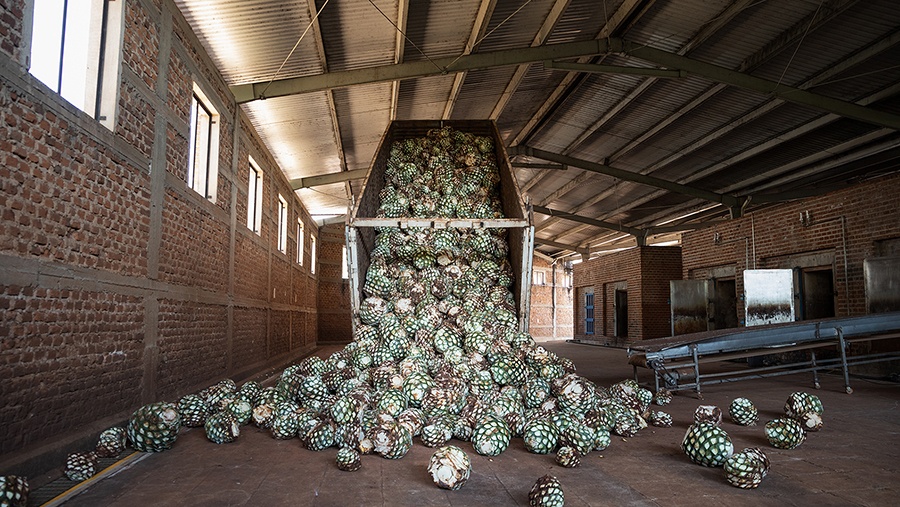 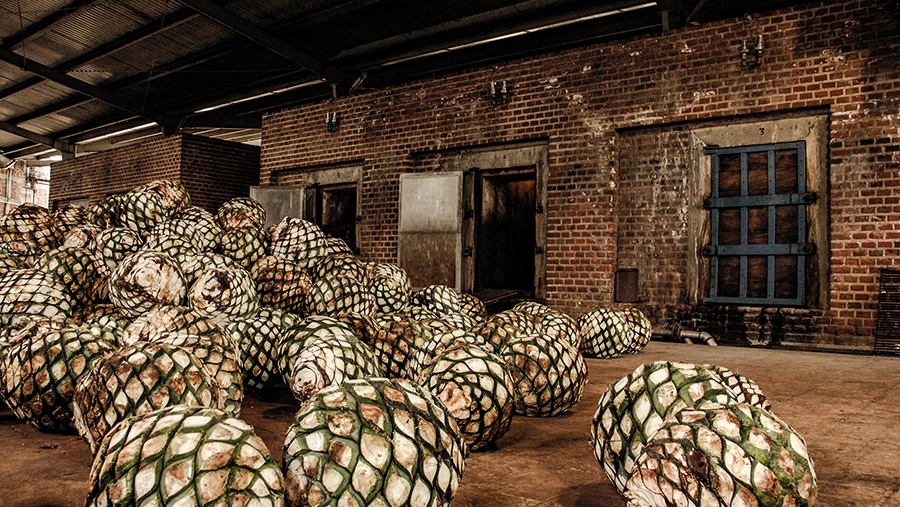 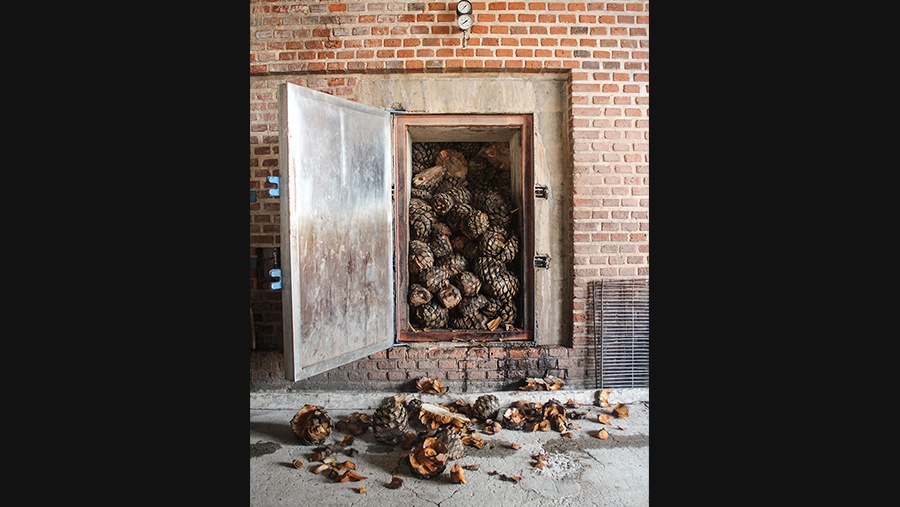 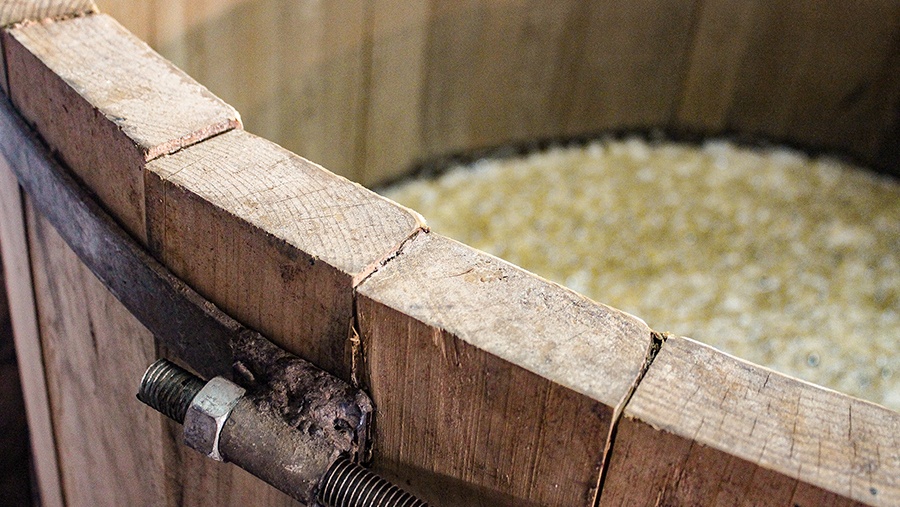 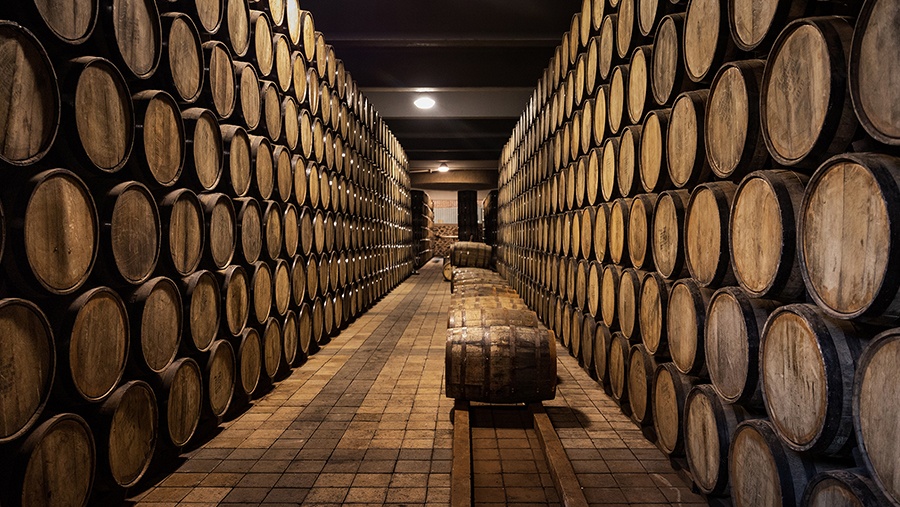 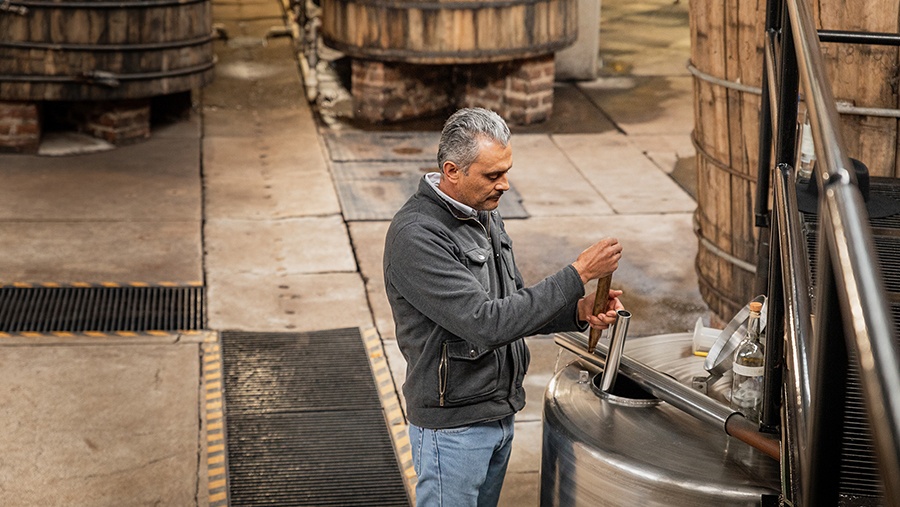 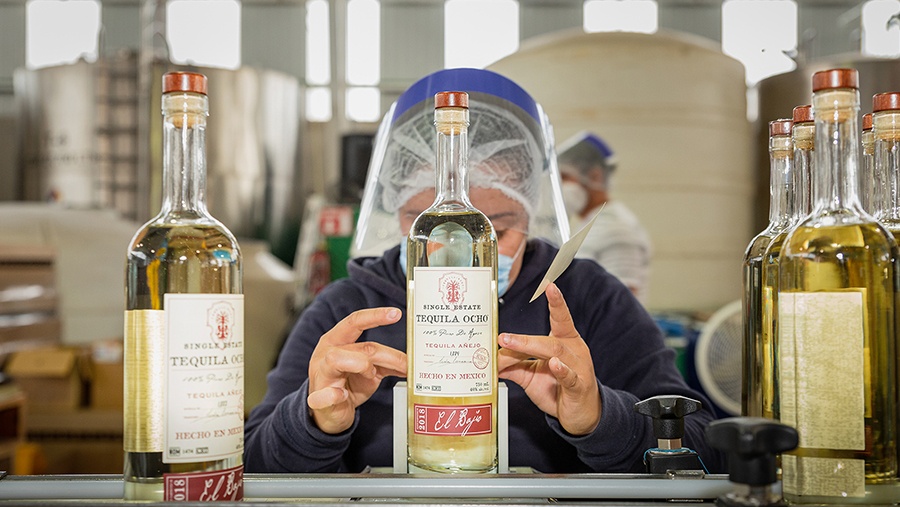 Here is the duo that started it all for Tequila Ocho — co-founders Carlos Camarena and Tomas Estes. Camarena is a third-generation tequilero and knows everything there is to know about producing the spirit the old-fashioned way, and Estes has a respected reputation in the tequila game with decades of experience and success promoting tequila and agave spirits around the world.

One of Tequila Ocho’s jimadores is hard at work harvesting agave. The selection process in the fields is meticulously curated, as each agave is hand-selected, ensuring the highest-quality plants graduate from the fields and into the production.

The strength of the culture at Tequila Ocho is forged by generations of families working together to produce incredible tequila. Some of Tequila Ocho’s jimadores are even third-generation, meaning their fathers and grandfathers worked with Carlos Camarena’s relatives back in the day.

After being selected, agaves are delivered from the fields to the patio at La Alteña. If you look closely, you’ll notice some brown spots on some of the piñas, which is a sign of advanced maturity and a high-level of ripeness in the plants.

Tequila Ocho uses agaves are that are overripe and will be halved or quartered (depending on size) before being loaded into the hornos de mampostería, a traditional stone brick oven. Overripe plants will have higher sugar contents and higher acidity. It’s not unlike a fine wine. You want to start with a source of powerful flavor, and then balance the profile through a carefully managed production process to achieve a distinctive, desired flavor.

Cooking lowly and slowly always brings out the best flavors. It’s true in the kitchen, and it’s true in cooking agaves. The deliberate 72-hour process ensures all the plants are consistently cooked and the sugars are not burned.

Tequila Ocho utilizes natural, airborne yeast during the fermentation process, which takes longer than the process typically used at most distilleries. The method, unique by today’s standards, is a throwback to traditional techniques used in tequila production. Tequila Ocho is also one of the few tequila brands to ferment in wood as opposed to stainless steel vats.

Some of Tequila Ocho’s magic happens right here in the barrels, which are seasoned American white oak casks. Letting the liquid sit in these matured barrels allows the tequila to retain more agave flavor, marrying the wood and agave characteristics together to achieve Tequila Ocho’s distinct notes.

Almost everything about the Tequila Ocho production is done by hand. The bottles are done by hand, the labels are placed by hand, and each bottle, before being sent away for distribution, is inspected by hand. To say Tequila Ocho has a keen attention to detail is an understatement, and the extra effort is clearly evident in the final, award-winning product.

Tequila Ocho is — without question — one of the definitive rising stars in the agave world at the moment, as they are fresh off landing the prestigious Chairman’s Trophy, and a 96-point rating, at the 2020 Ultimate Spirit Challenge. To anyone who is in-the-know for all things tequila and agave spirits, the recent wave of universal praise is no surprise at all, as the brand story is so deeply rooted in tequila-making lore.

The Tequila Ocho journey was born more than 80 years ago by the Camarena family, and now, Carlos Camarena, a third-generation tequila producer, is half of the duo behind this emerging brand. The other half is Tomas Estes, an agave veteran in his own right, respected far and wide for his work promoting his favorite spirit, as well as Mexican culture, around the world since 1976.

Together, Camarena and Estes have collaborated to employ traditional, old-fashioned tequila-producing methods to create a spirit of the highest-quality caliber, and we at Breakthru are thrilled to be able to deliver this special brand to you and help tell their story to new fans.

Before taking an immersive spin through the beautiful images of what makes Tequila Ocho so memorable, you might be wondering, why Ocho? There is always a good story behind a name, and it just so happens Tequila Ocho has many good reasons why they landed on the number eight.

According to Tequila Ocho: 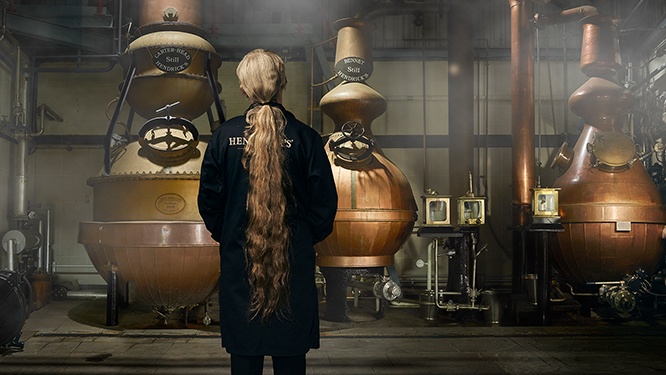 A Brief History of Hendrick’s Gin 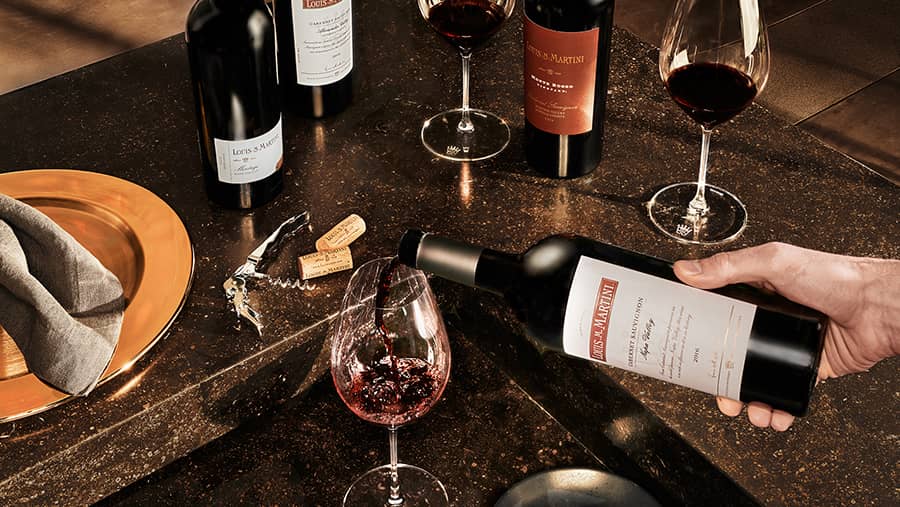