Louis M. Martini has been making some of California’s highest-rated cabs for nearly 90 years. 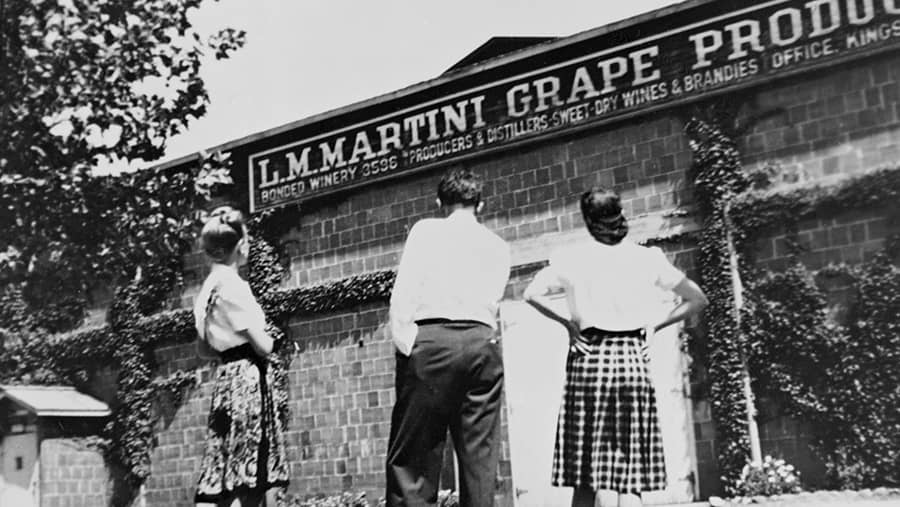 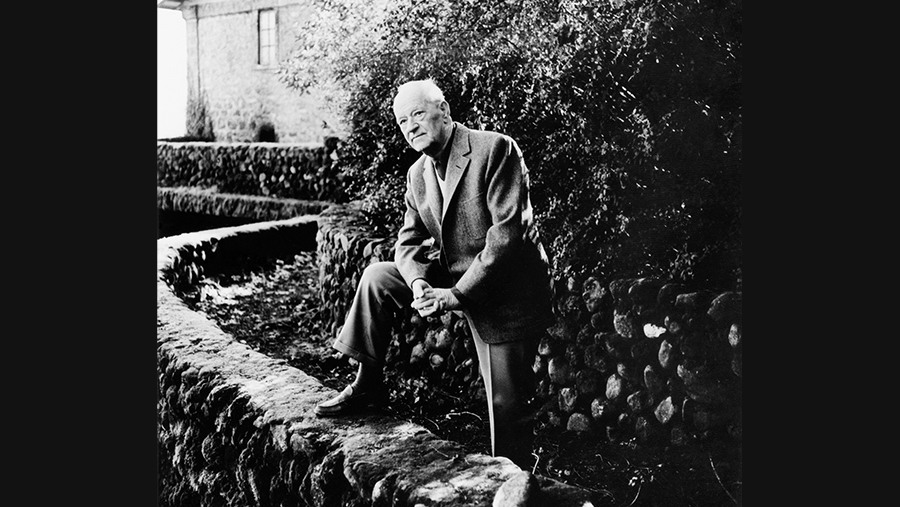 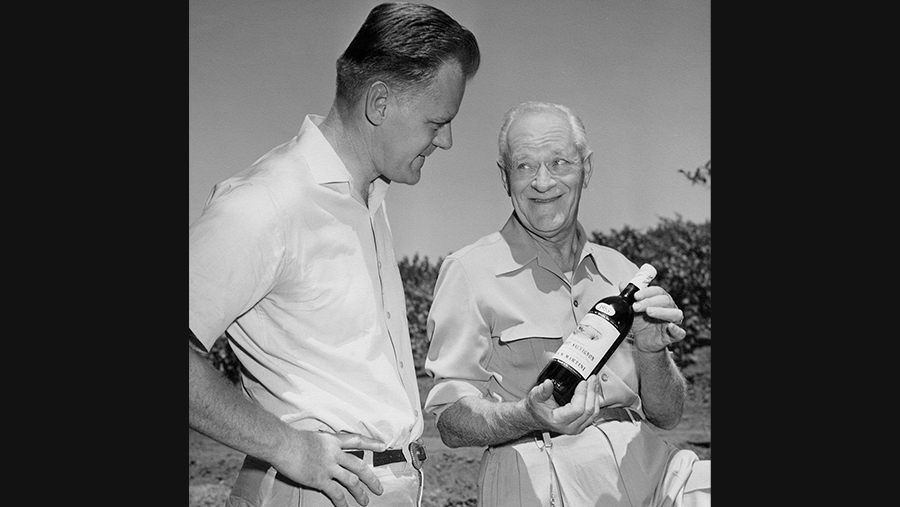 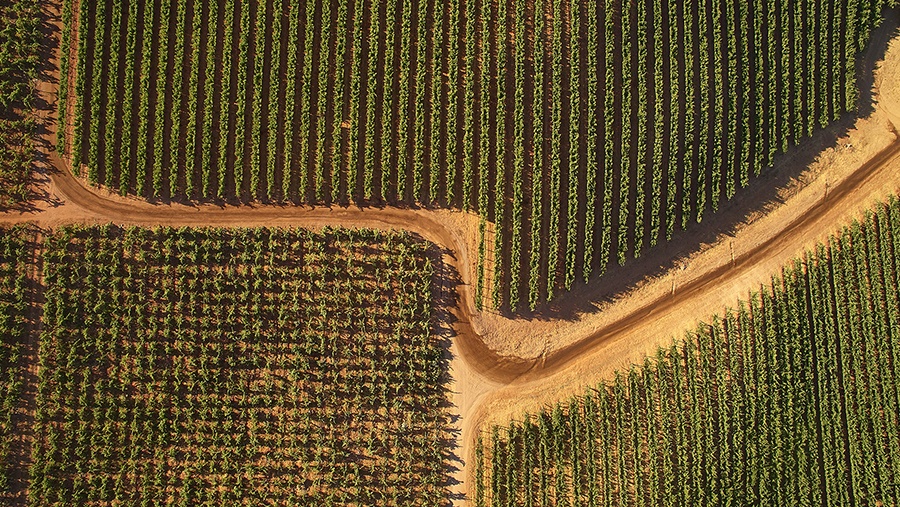 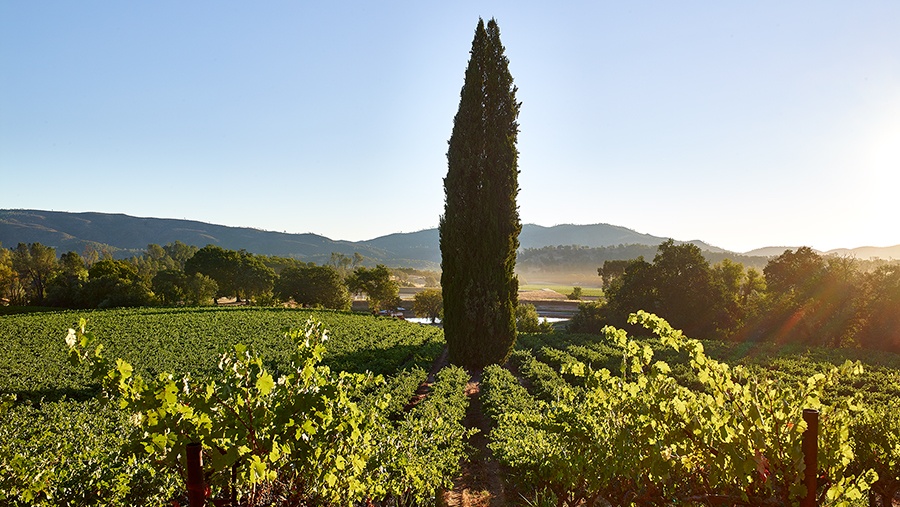 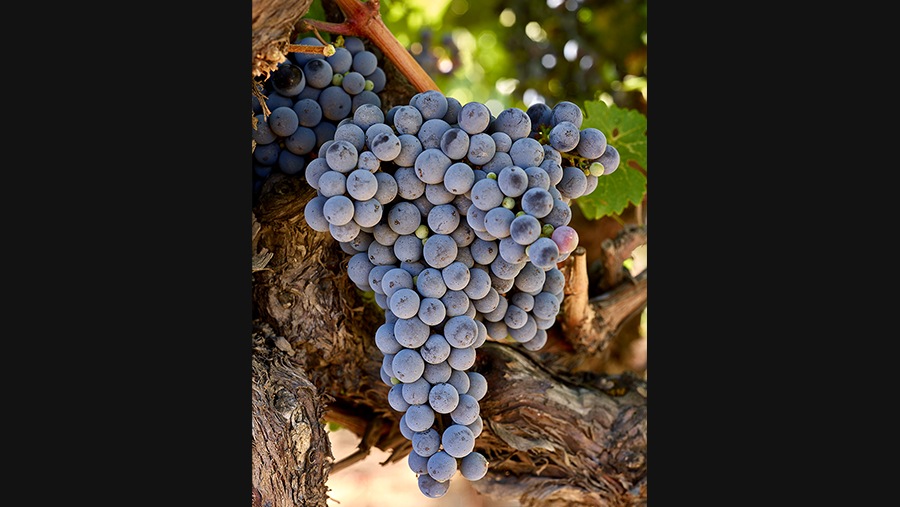 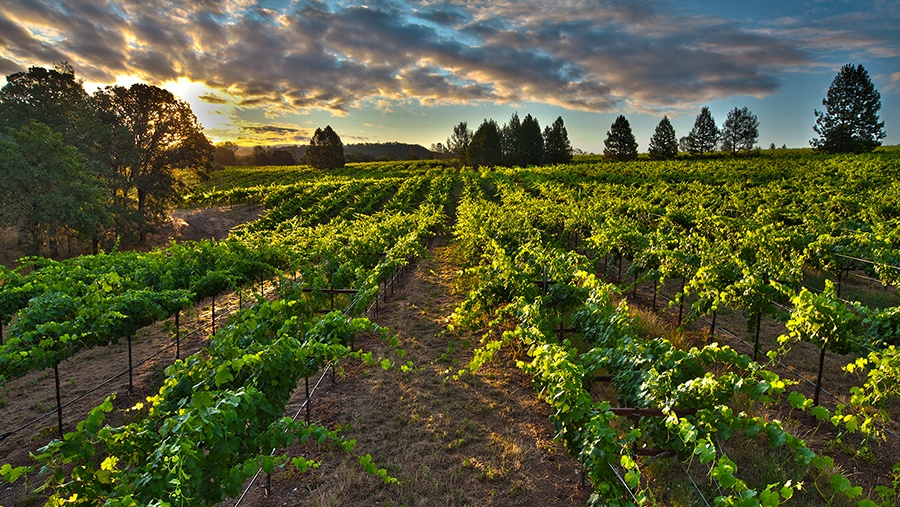 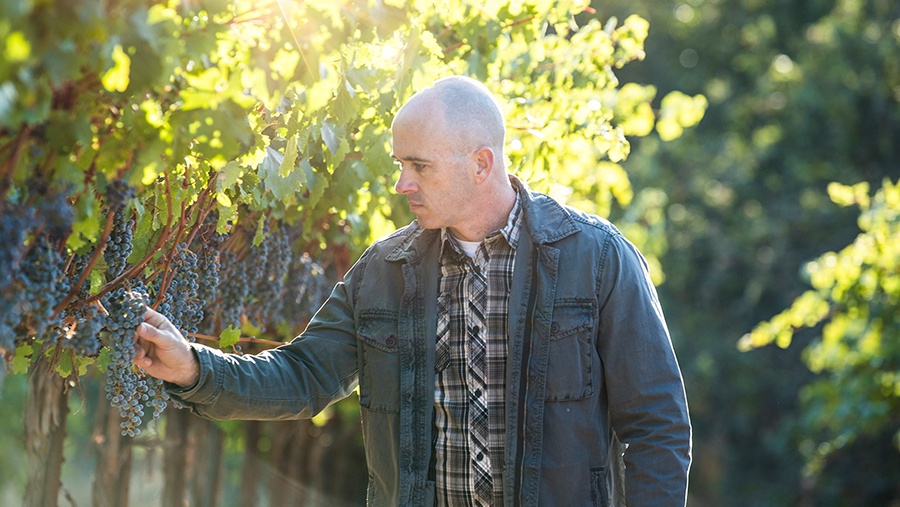 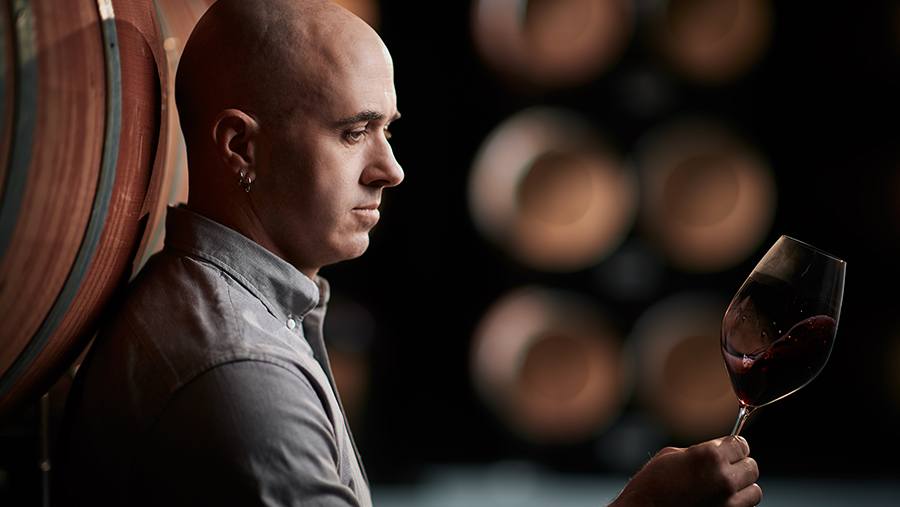 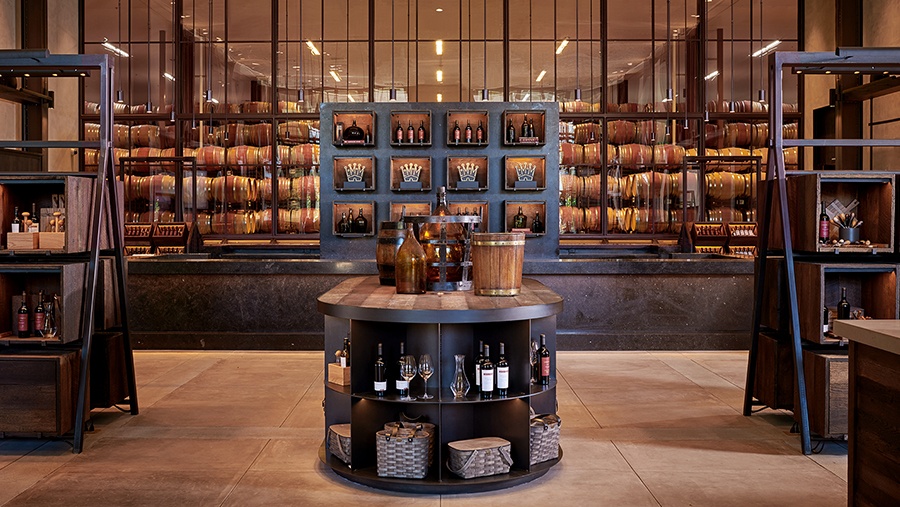 The year was 1922, and Louis M. Martini launched a grape products company that maneuvered around the Prohibition laws at the time by producing wine for the church, which was legal.

Louis the legend. He first arrived in America from his home in Italy in 1899. Growing up in San Francisco, he fell in love with the craft of winemaking by watching his father make his own wine, and later, traveled back home to Italy to formally study viticulture.

After more than 20 years of success and steady expansion, Louis M. tossed the keys to his son, Louis P., to take on full responsibility as the head winemaker.

Monte Rosso Vineyard is hallowed ground, with three generations of Martinis producing grapes on this land through the years. Located in the Mayacamas Mountains — a thousand feet above the Sonoma Valley — Monte Rosso’s high-altitude fields yields some of the most celebrated expressions available in the Louis M. Martini range, many of which have landed ratings north of 90 points.

The Cypress Ranch Vineyard is home to a sizeable selection of Louis M. Martini’s classic cabs.

The only way you’d get a better look at these Cypress Ranch Vineyard grapes would be to walk the vines in person. These grapes are renowned for their complexity and soft tannins.

Cypress Ranch’s neighbor is Sun Lake Vineyard, located on the outskirts of Howell Mountain, home to more of Louis M. Martini’s cabs. The relentlessly warm climate here in the Pope Valley is an ideal home to the notoriously sturdy grapes.

Today’s steward of the ship that is Louis M. Martini is Michael Eddy, who is only the fourth winemaker in the winery’s rich history. Eddy took the reins from Michael Martini, his longtime mentor, in 2015.

“As a winemaker, cabernet sauvignon is what’s most familiar to me. I’ve spent more time with cabs in my career than any other varietal. You can do a lot of different things with cabs, and you really can steer it a lot of directions. I really enjoy that element as opposed to something that’s a little more static and harder to influence. It makes my job more rewarding to be able to steer the wines in different directions. Cabs can have a lot of complexity, especially with a little time in bottle, and it also starts to soften as well. You still have that weight and richness that the body of a cab is known for, with some silkier mouthfeel. That’s what I like about cabernet sauvignon.” – Michael Eddy, Louis M. Martini Winemaker.

In 2019, Louis M. Martini completed a restoration of the winery, marking its first significant update since its initial unveiling nearly 90 years ago. The winery was one of the first in Napa Valley to open its doors after Prohibition, and as the years go by, it continues to be one of the region’s most respected producers. If you were to line up the best of the best of California’s deep bench of iconic cabs, Louis M. Martini is planted firmly near the middle of that team photo.

During the dark days of Prohibition, you’d have a hard time finding a wine producer more active in honing his craft than Louis M. Martini. While most would-be winemakers were sidelined at the time, Martini was working overtime in San Francisco making a success of his first business venture: producing sacramental wine.

That’s right, if you wanted to legally consume wine in those days, you had to show up to church, park it on the pew, and eagerly wait for communion.

While he was busy providing the church with their Sunday sacrament, Martini also spent the final stretch of Prohibition setting up shop for his true dream: opening his own winery. Once Repeal Day arrived, he hit the ground running with his new business, creating a wave of innovation felt throughout the California winemaking community. In the first few years of operation, Martini became one of the first wineries to use cold-controlled fermenters, and not long after that, he established the Napa Valley Vintners Association, helping elevate the Napa name across the winemaking world.

Martini’s award-winning cabernet sauvignon wines are his most-celebrated contribution to the wine community, a tradition he has shared with two other generations of Martinis, each one seamlessly carrying the legacy through the years.

Join us on a virtual tour through the history and the land of one of California’s cabernet powerhouses, Louis M. Martini Winery. 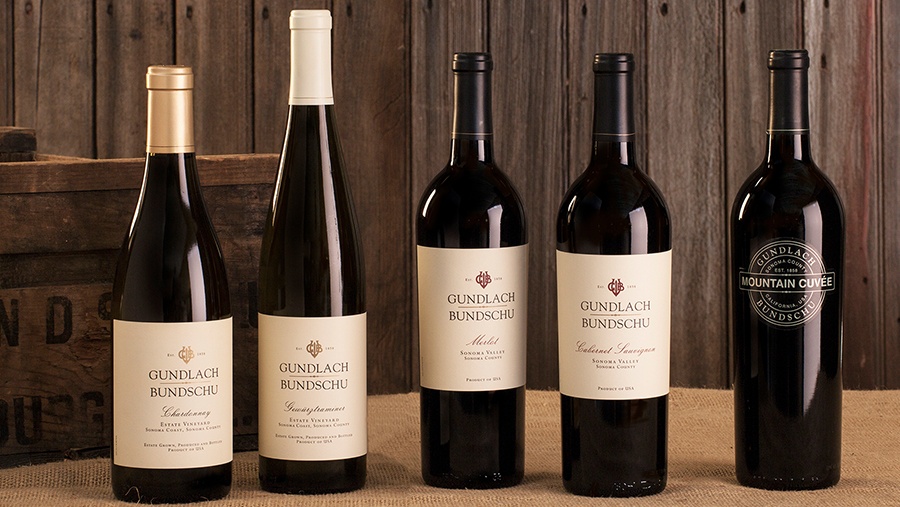 The Storied Past of California’s Oldest Family-Owned Winery: Gundlach Bundschu 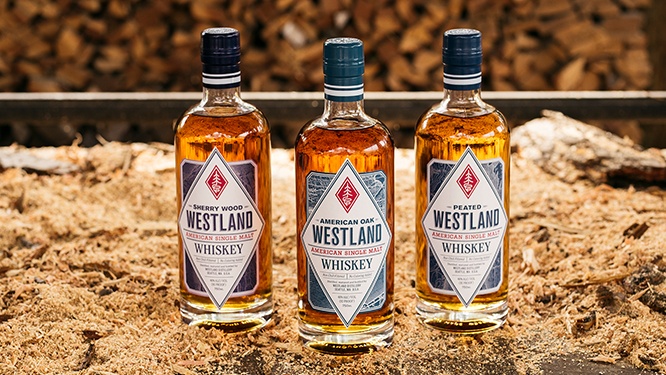