The Legend from Lynchburg: Jack Daniel’s

Take a one-of-a-kind virtual tour of the titan of Tennessee whiskey, Jack Daniel’s Distillery, in our latest edition of Breakthru Beyond. 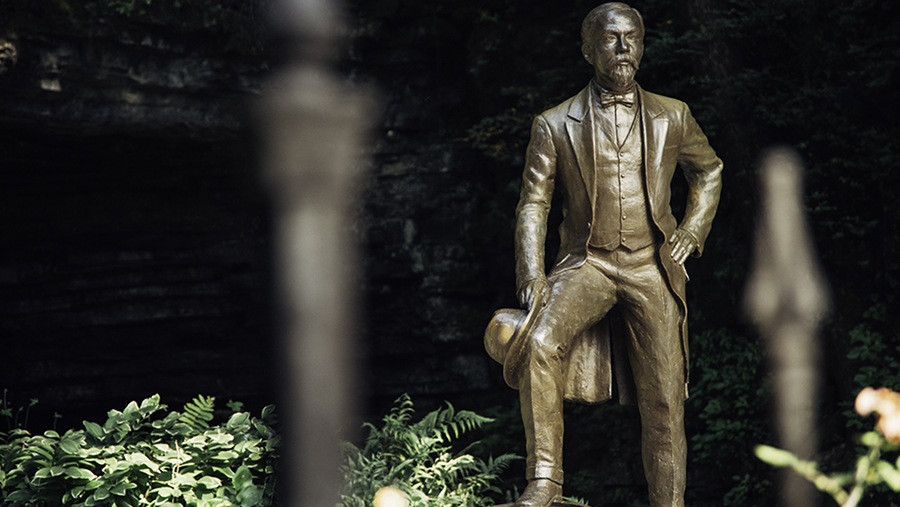 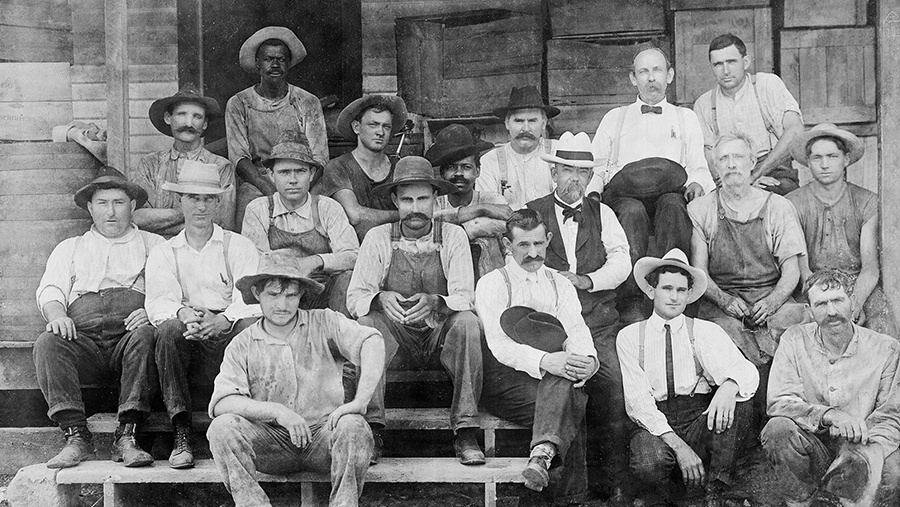 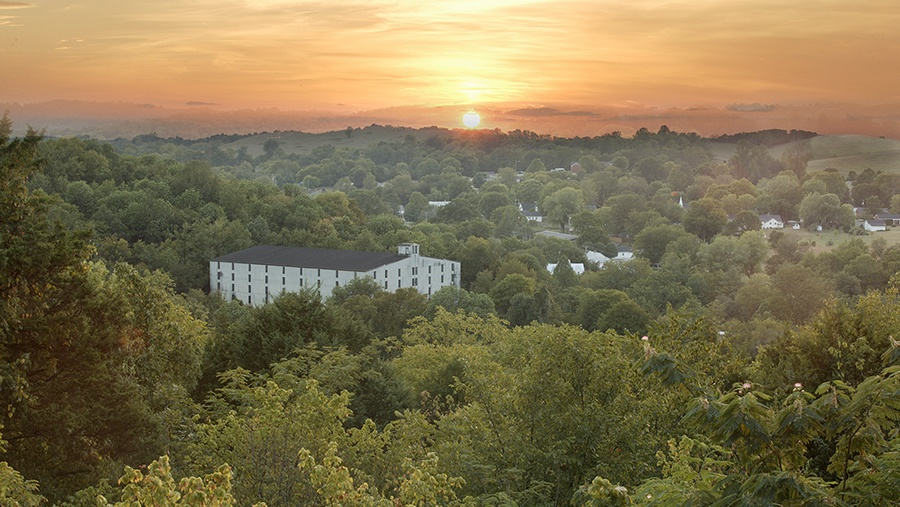 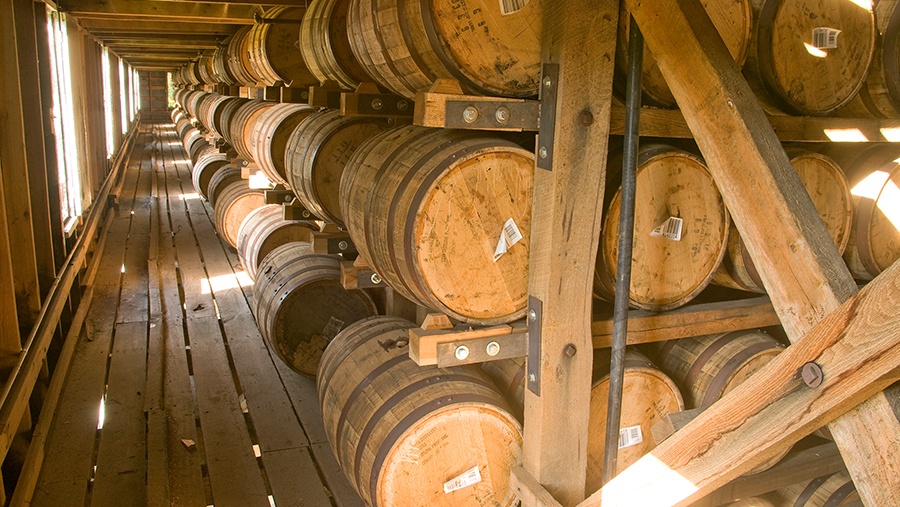 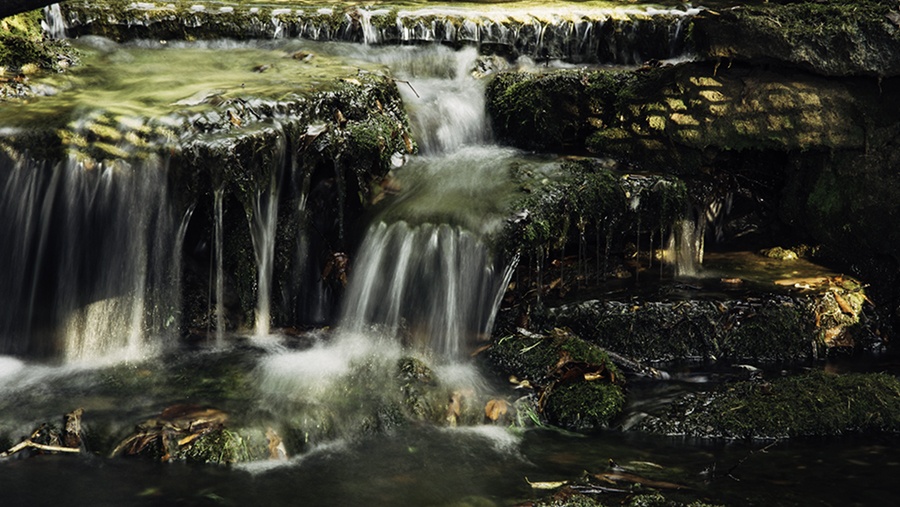 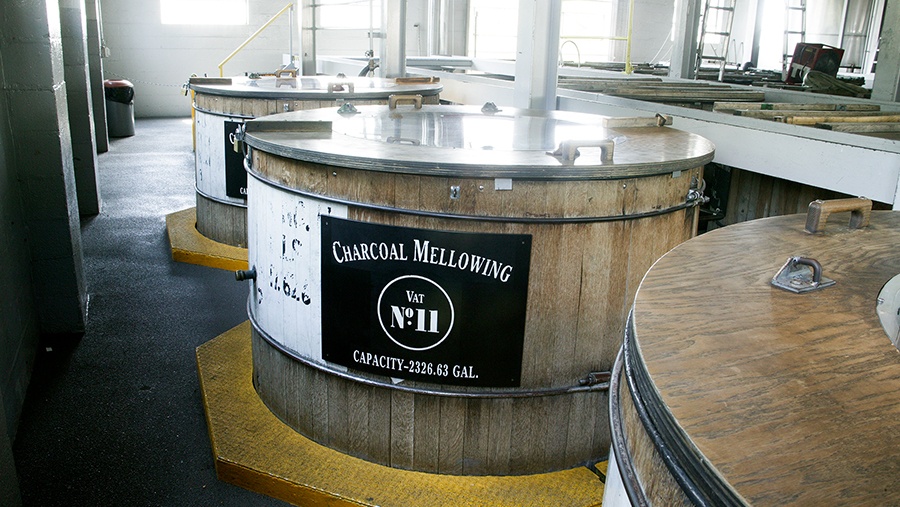 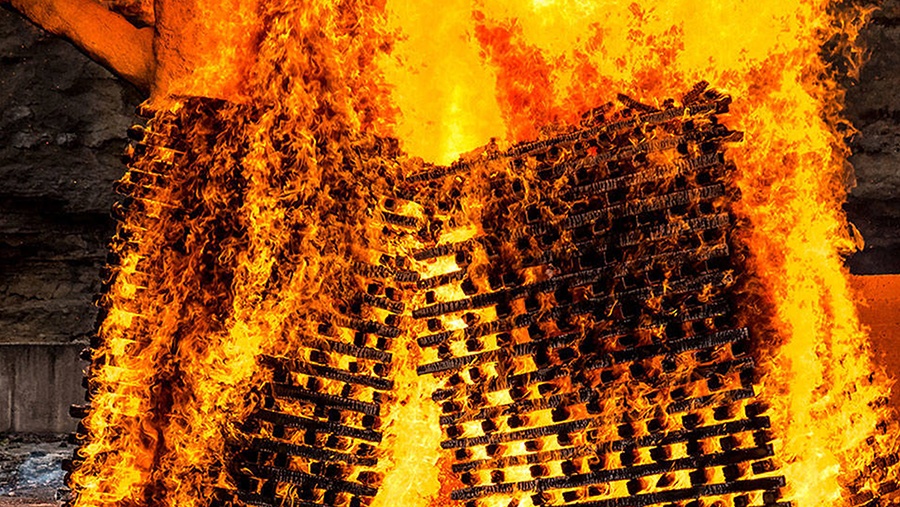 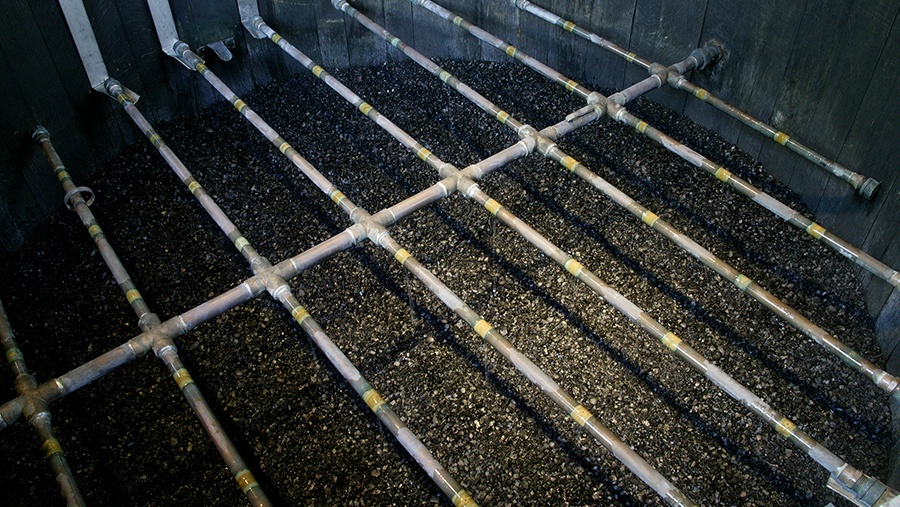 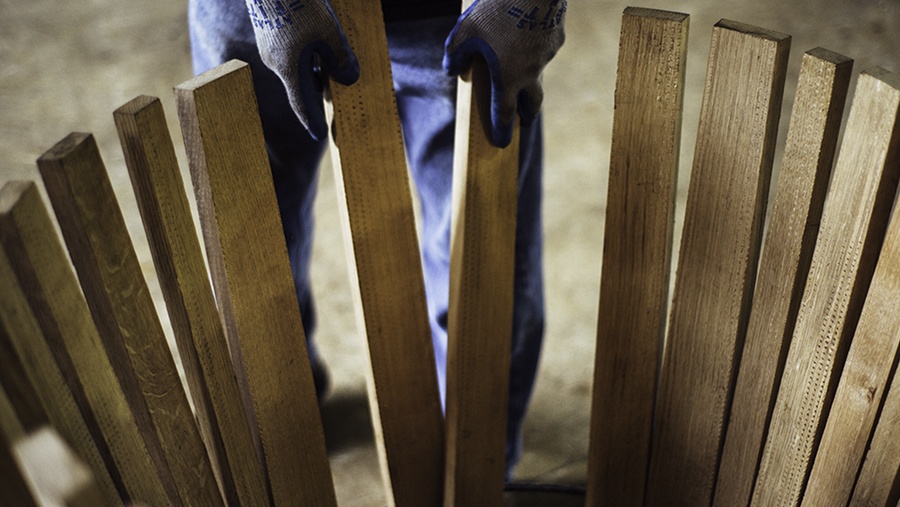 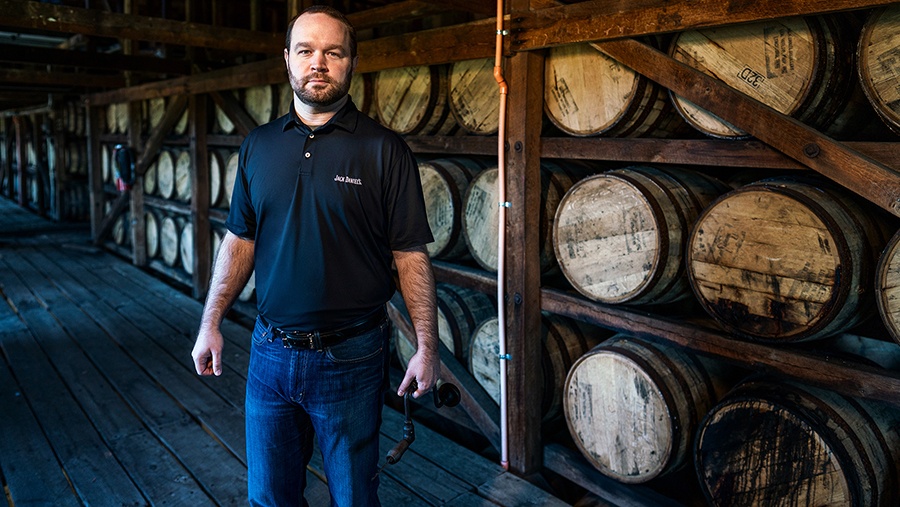 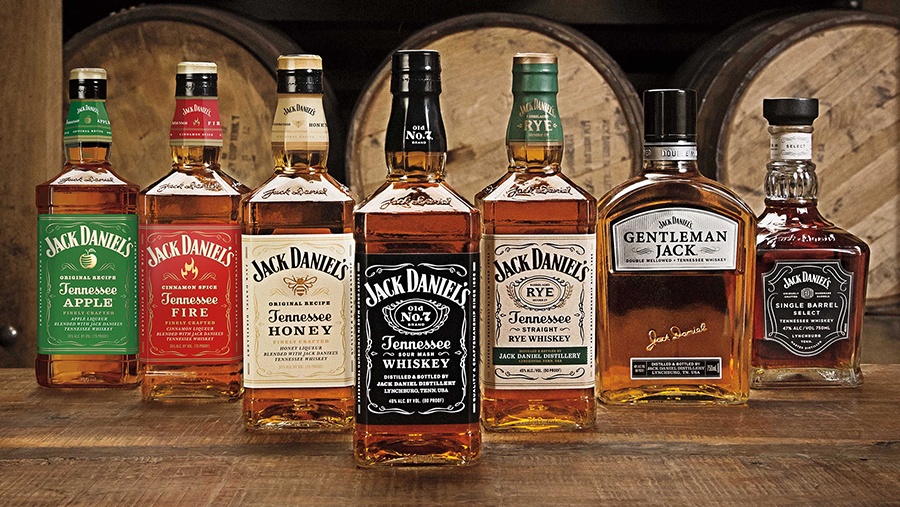 In 1866, Jack Daniel’s became the first registered distillery in the United States. It is listed on the National Register of Historic Places, and since 1956, has been owned by Brown-Forman.

The original whiskey-making crew. Right in the middle of the picture, Jack Daniel is sitting next to Nathan “Nearest” Green, a master distiller and whiskey expert who taught Daniel the foundations of making whiskey. Green’s legacy is celebrated today by way of Uncle Nearest Premium Whiskey.

A birds-eye view of Lynchburg, with one of the large barrelhouses peeking out above the tree line. In addition to being known for the distillery, Lynchburg is also home to American frontiersman Davy Crockett and rock-and-roll legend Little Richard.

One of Jack’s barrelhouses holds more than 20,000 barrels, each containing about 50 gallons of whiskey, weighing more than 400 pounds.

You can’t make good whiskey without good water. Fortunately, Jack Daniel’s has great water from the mineral-rich water from the historic Cave Spring Hallow. The Lynchburg spring is the reason Jack Daniel selected the location for the distillery.

The whiskey goes through the legendary charcoal-mellowing process in these vats, removing impurities and giving Jack its unmistakably smooth finish.

Here in the rickyard, hard sugar maple wood is burned to make the famous charcoal used to mellow the whiskey.

Inside the vat, the whiskey is filtered through 10 feet of the hard sugar maple charcoal. It’s a time-consuming process — 3-5 days — but the effort is worth it!

The whiskey comes to life in the barrels, which is why the distillery goes above and beyond in this part of the production. “We aren’t just putting our whiskey into barrels,” the Jack barrel-making story goes.

“We’re entrusting it to them.”

Jack barrels are made from American White Oak, and aren’t held together by nails or glue, but by the immense pressure of the wood’s exact arrangement. It’s an undertaking that must be done by hand, and the extra care is reflected in the quality.

After a barrel is used, it is donated to hot sauce makers, beer brewers, and Scotch whisky distillers to impart Jack’s flavors in their own products.

In October of 2020, Jack Daniel’s has announced that Chris Fletcher has been named the latest Master Distiller, becoming the eighth person to take up the mantle. Fletcher has served the last six years as Assistant Master Distiller to Jeff Arnett and has been with the distillery since 2001 when he worked part-time as a tour guide.

“It’s an honor to be named Master Distiller here at Jack Daniel’s and join a line of folks who’ve made the best whiskey in the world,” said Fletcher. “Over the last 17 years, I’ve been able to learn and work alongside so many talented whiskey makers, and I am very grateful for the mentors I’ve had, including Jeff Arnett who taught me so much.”

Fletcher hails from Lynchburg and is the grandson of Frank Bobo, who served as the fifth Master Distiller of the brand.

It all started with the iconic Old No. 7, whose namesake meaning remains a mystery to this day. Now the family photo features some of the industry’s greatest innovations. We at Breakthru Beverage can’t wait to see what the legend from Lynchburg comes up with next, and we’re honored to partner with them to continue to deliver their story to generations yet to come.

The best-selling whiskey in the world hails from a town that has but only one traffic light. You’d only need one for a town whose population can fit into the stands at the high school football stadium and still have a few empty seats leftover.

The town is Lynchburg, Tennessee, and the whiskey, of course, is Jack Daniel’s. Lynchburg’s legendary export has been shared around the world to celebrate life’s special moments. Jack Daniel’s has been a constant passed from generation to generation, always marking the time. It’s a uniquely American-made spirit, perfected by the people of Lynchburg who created an unmistakable whiskey-making process that set the standard for what future distillers could strive toward, and its legacy will forever endure.

Join us on a virtual tour of the Jack Daniel’s production, which has not only delivered the iconic Old No. 7 to shelves worldwide, but also produced some of whiskey’s finest innovations as the brand continuously evolves as the years go by — 155 and counting.

The Perfect Combination of Tradition and Innovation: Bruichladdich Distillery 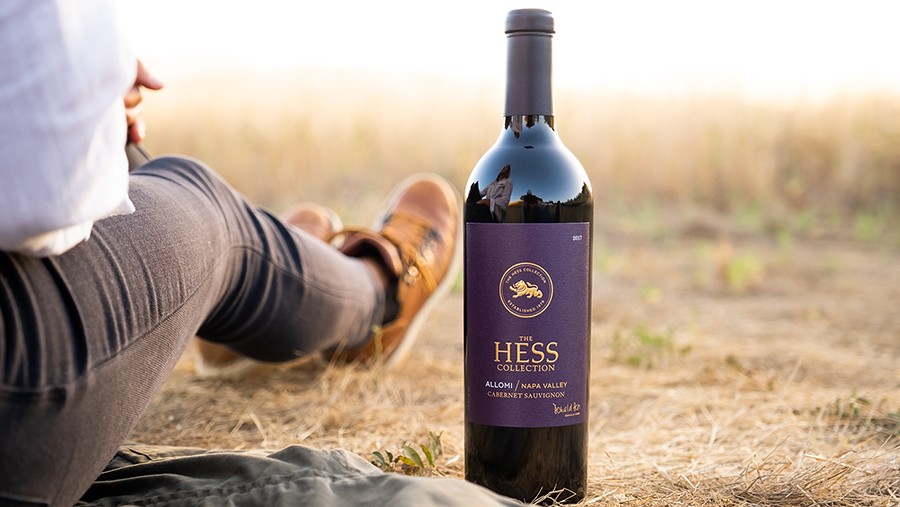 Fueled by Family Values and Sustainable Winemaking, Hess Collection Has Become a Leader in Luxury Wine