How FEW Spirits is Building a Better Community

FEW, a distillery born in the birthplace of Prohibition, has quickly become a force in the spirits world, and the Chicago community. 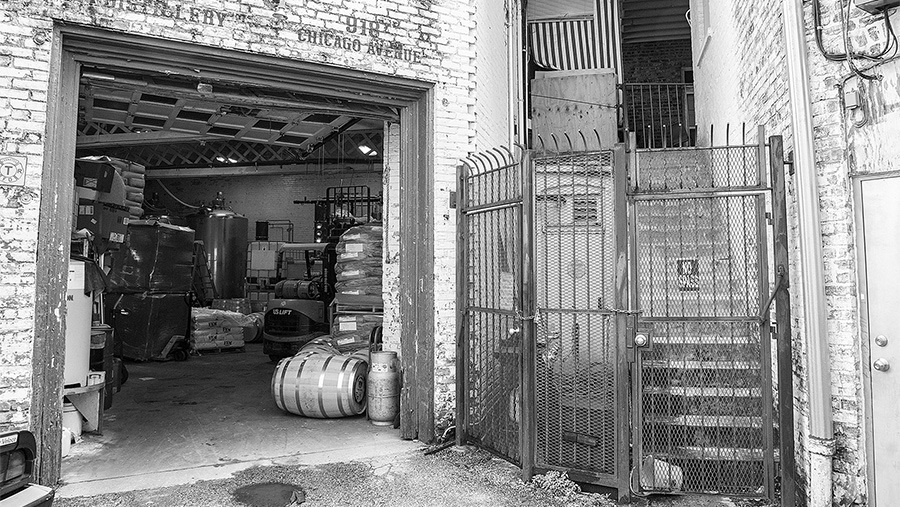 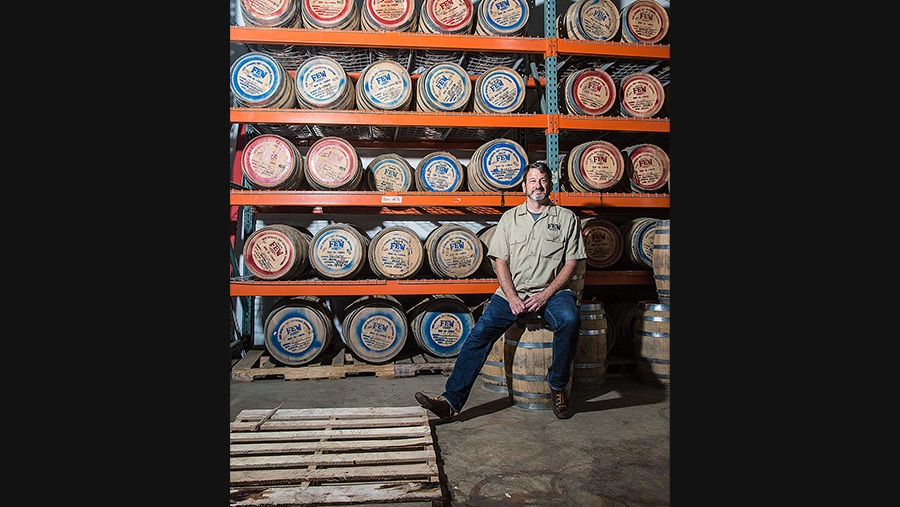 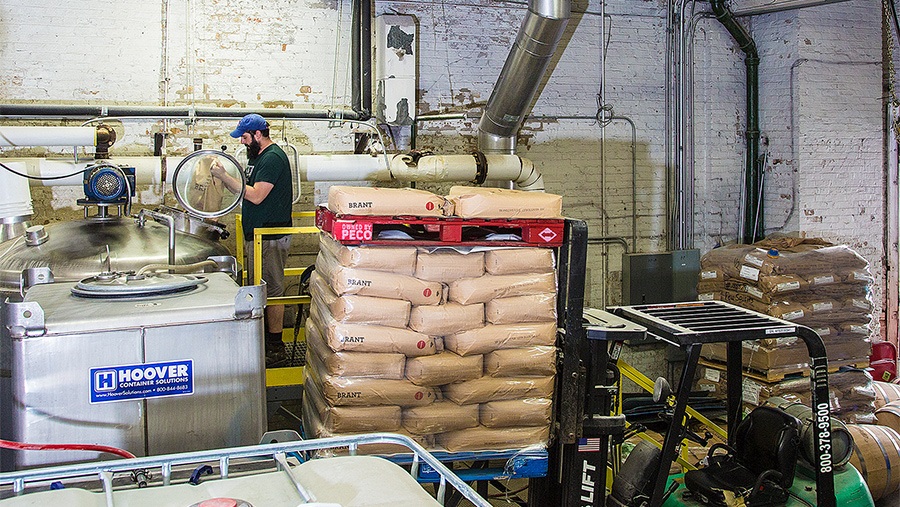 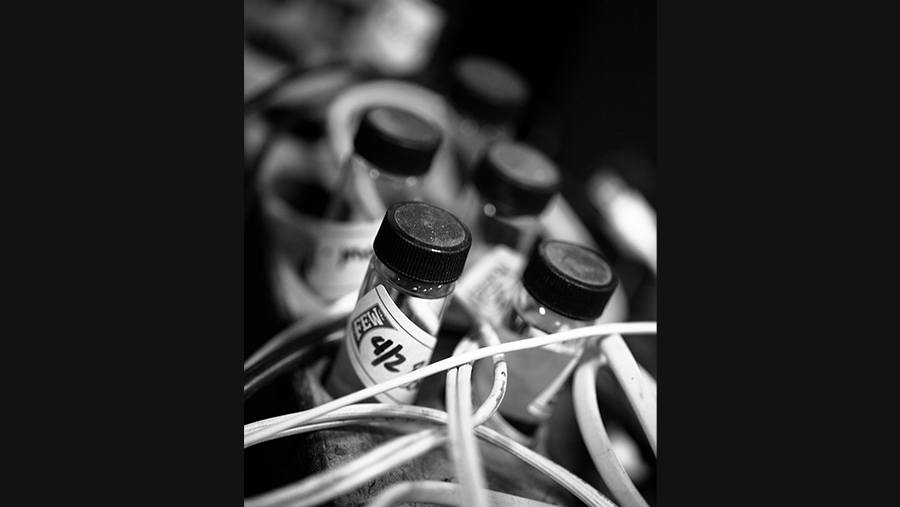 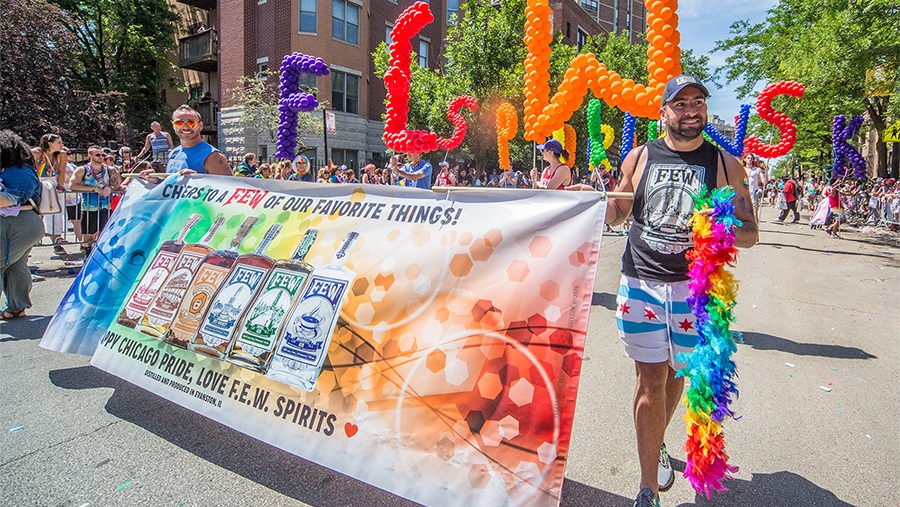 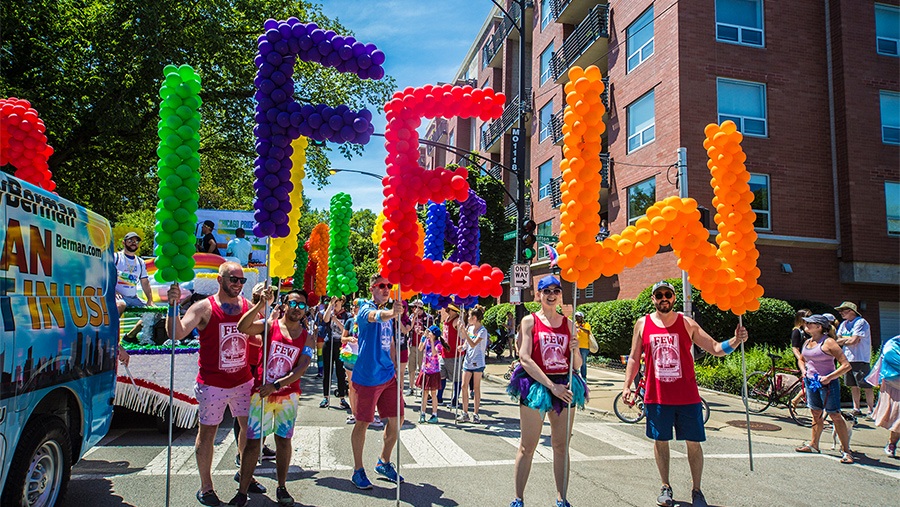 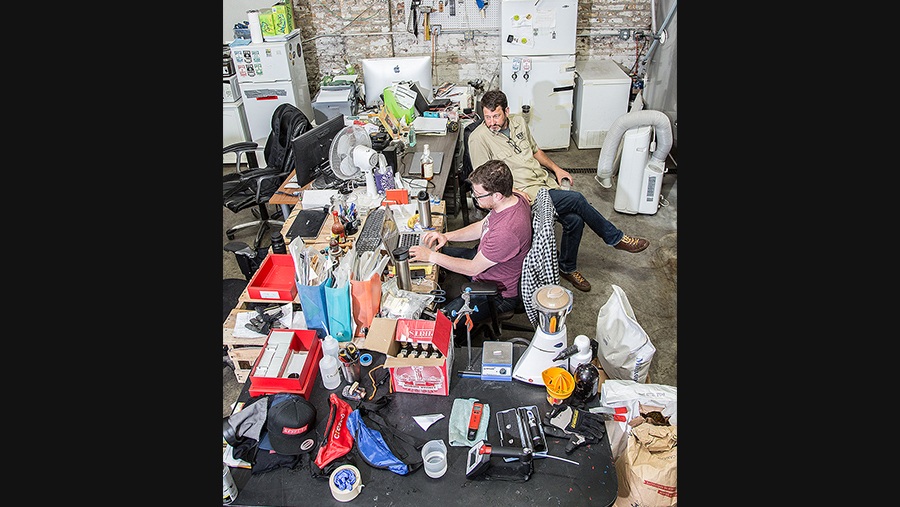 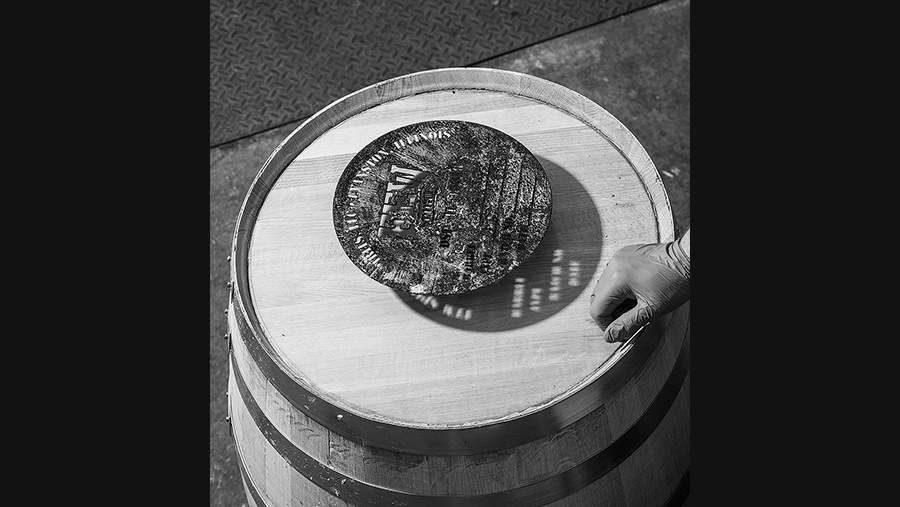 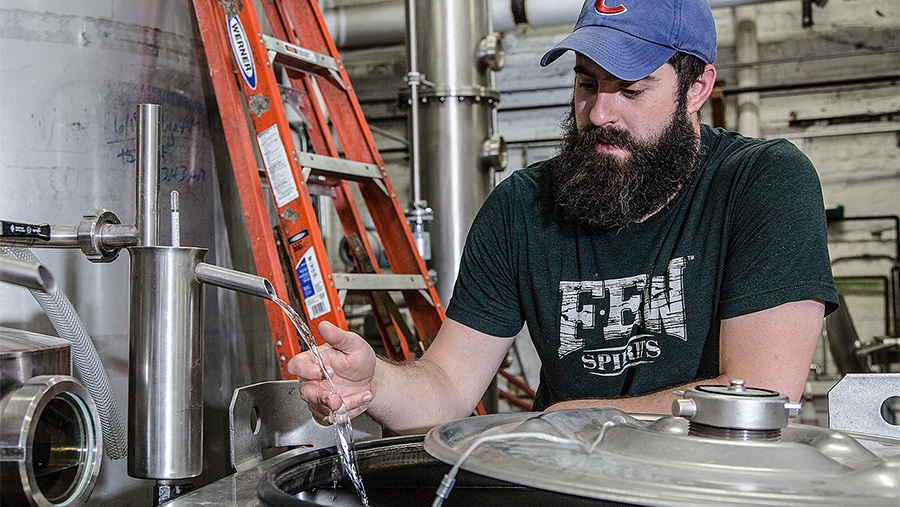 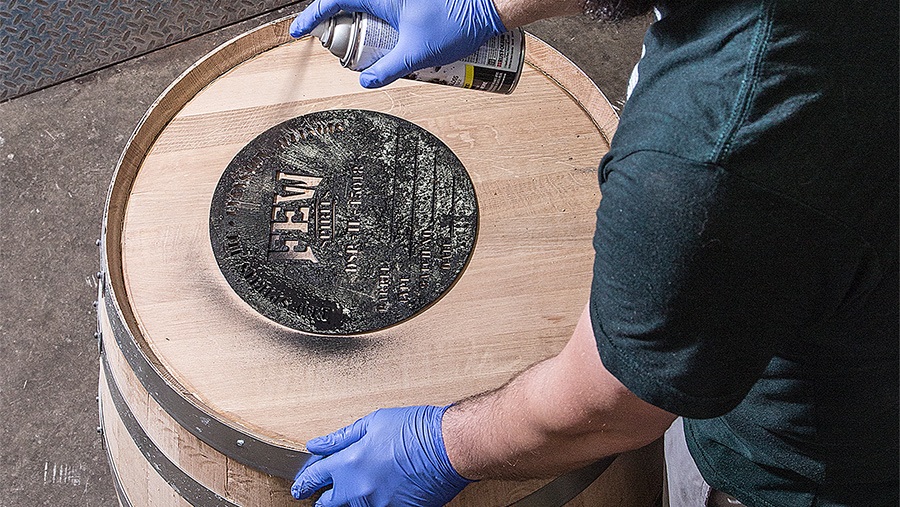 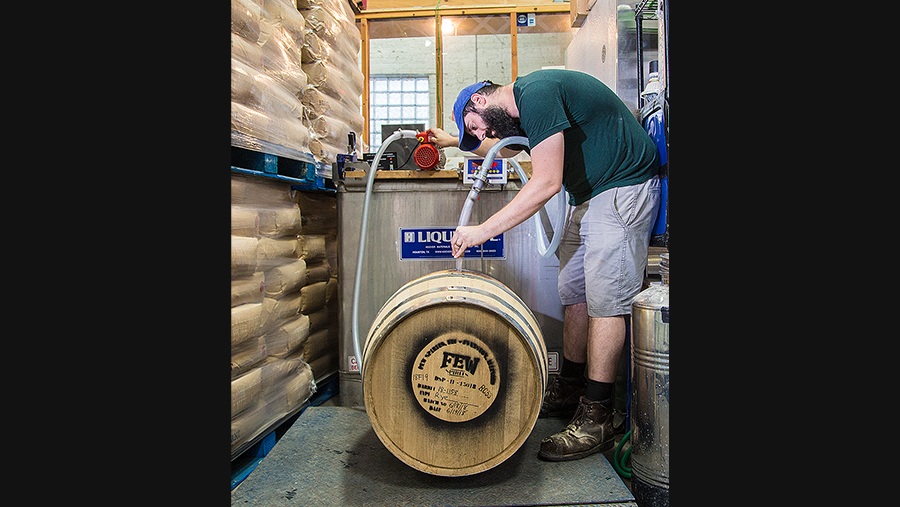 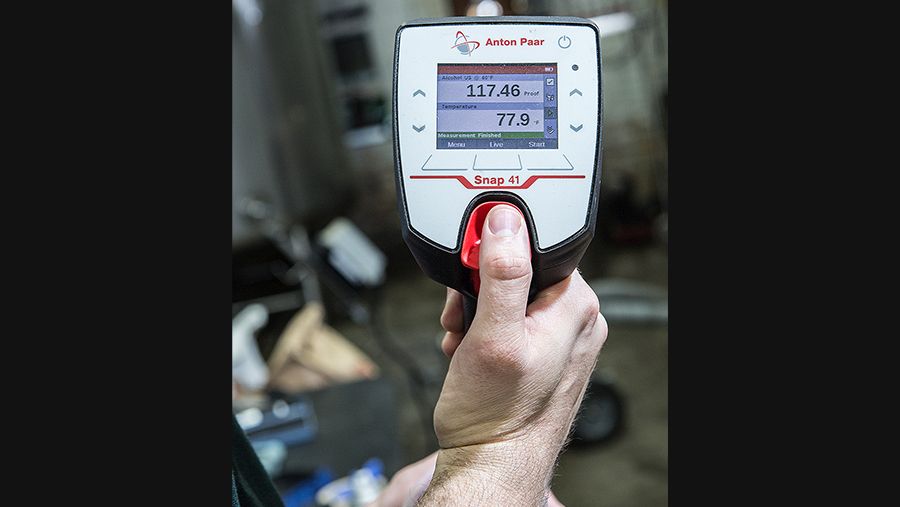 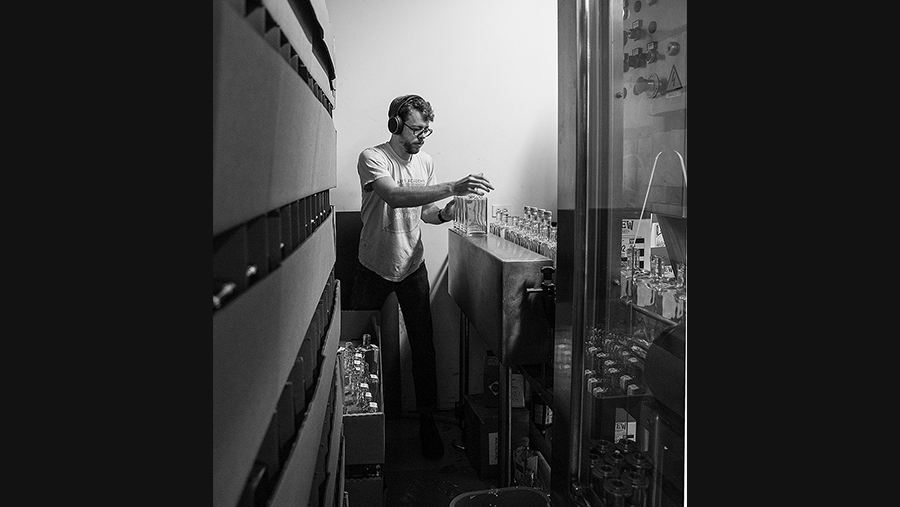 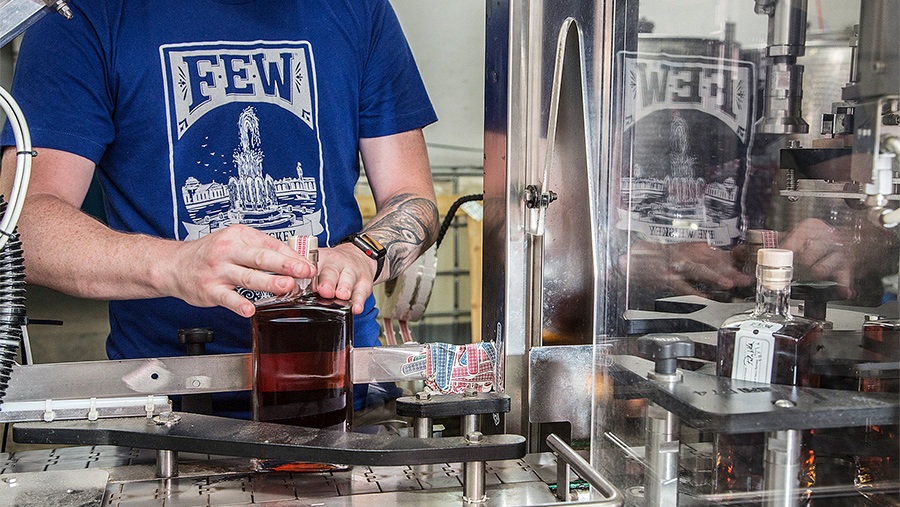 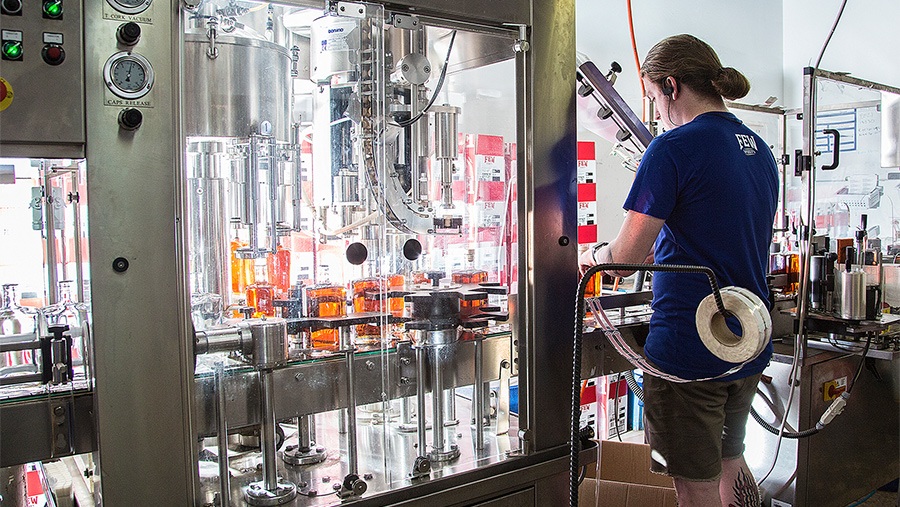 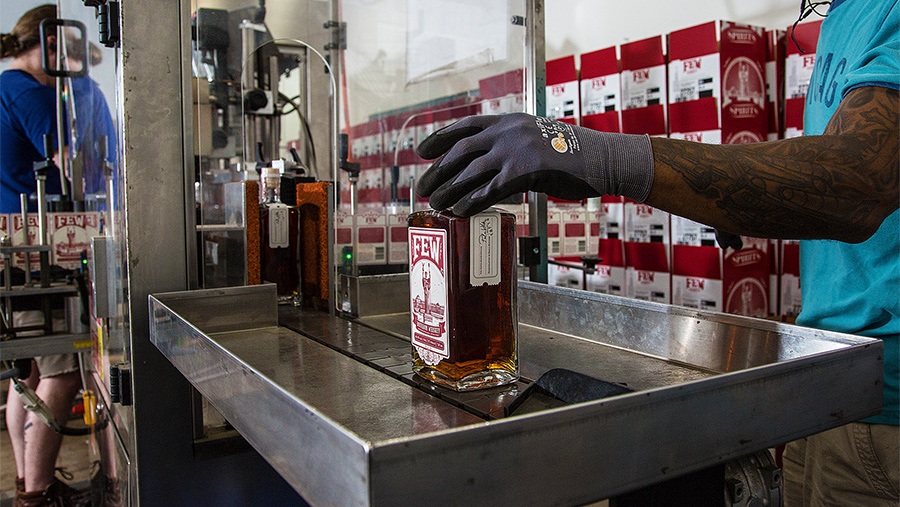 Hletko has always had the craft in his blood. His grandfather’s family owned a brewery in the Czech Republic before Germany invaded in 1939. After the war, Hletko’s grandfather tried to rebuild the brewery but never had the chance to. For Hletko, FEW Spirits is a nod to his grandfather and his family’s history in the industry.

“He was certainly a complex person, as many of us are,” Hletko said. “But at the end of the day, I think he'd be pretty happy and proud to see what we've been able to do so far. I think he'd be proud to know where we're going to be in the future.”

FEW Spirits is a passion Hletko loves to share, but he isn’t too concerned about whether or not his kids share the same appetite for it.

“I've got three kids and they're all kind of early teenagers — 15, 13 and 12. My 13-year-old seems to be pretty interested in it, which is great. The 15- and the 12-year-old are pretty much uninterested, and that's great too,” Hletko said. “I don't spend much time worrying about it. I want my kids to chase their passions, not mine.”

Adding grain to the mash tank is one of the initial steps in the spirit-making process.

FEW Spirits is located at the heart of Evanston but for everyone who works at the distillery, they’re also at the heart of the community. It’s not just about working in the neighborhood but serving it.

“Being a part of the community is really important,” Hletko said. “We are here, we try to be good citizens. We want to work with everybody here in town.”

When FEW says “everybody,” they mean “everybody.” They were amongst the hundreds marching in Chicago’s PRIDE Parade.

“We had a pretty large fraction of our team there and it was wonderful. Working with our friends at the radio station and the PRIDE in the gay community has been fantastic,” Hletko said. "I mean, there's a bunch of people from Breakthru that marched with us. We can all do amazing stuff together.”

FEW Spirits tends to gravitate toward the causes that mean something to them and each member of the team weighs in on what they’re passionate about.

“We're all a family, so I think we tend to support the important things to each other, important to various people, various members of the family,” said Hletko.

Hletko said they aren’t able to fully support every charitable organization that approaches them but as a small business, FEW does what they can handle. FEW does their best.

Distiller Tyler Glasser checks a newly made spirit for quality. Given the float height on the hydrometer, making a cut isn’t likely.

Hletko is quick to make sure people know FEW Spirits isn’t just him. It’s everyone who works there. The distillery is what it is because of the people involved.

FEW is a family connected by one thing: craft spirits.

“We're not related by blood, but we are related by passion,” Hletko said. “We work and we sweat and we laugh and we cry together, all in pursuit of this bizarre little passion we have for spirits.”

“People come to us from all over and the one unifying factor that ties everybody together isn't necessarily work history — it's that passion and drive to create,” Hletko said. “That's where we see the best success of people working here is that motivation to create above everything else. People come with a variety of backgrounds, science, art, all of the above.”

Glasser quickly checks the alcohol content of a spirit sample.

Throughout the years, Hletko and his team have virtually seen it all.

They’ve had couples approach them with stories of sharing a few glasses of whiskey and after nine months, they welcome a baby.

They even helped a man reconnect with his father after 30 years. The man had tried some FEW whiskey, thought his dad would enjoy it and a week later, they’re reconnecting over a bottle.

But for Hletko and FEW, they know bad memories and experiences weigh the same as the good. Each has served a purpose, taught a lesson and brought the family closer together.

“Paradoxically some of my favorite memories are even some of the awful things that have happened. We all got through it together,” Hletko said. “To me, that's really one of the most important parts is keeping that connection with everybody.”

When asked about the future, Hletko remains cautiously optimistic.

“I think we're just going to continue to grow. We've got fantastic partnerships with our good friends at Breakthru and working with the team over there has just been fantastic,” Hletko said. “Having an opportunity to work with a team and family like Breakthru is a win for everybody involved. Great people doing great work, driven by passion and love — it's an unbeatable combination.”

“We're trying to chase the dream of making the best whiskey,” Hletko said. “Hopefully someday we'll get there, but I don't necessarily know what that looks like.”

Every once in a while, a force comes along and turns entire neighborhoods upside-down.

For Evanston, IL, that force is FEW Spirits. The local distillery is a juggernaut for the unconventional and it earned its pioneering reputation well before it even distilled its first spirit.

Evanston was the birthplace of prohibition and the dry town’s temperate persona even incited the nickname “Heavenston.” The decades after prohibition saw Evanston loosening their reins, but it wasn’t until FEW founder Paul Hletko decided to distill spirits that the city overturned 150 years of liquor laws.

Although Hletko was gearing for a battle, he found the process to be much easier than he thought it would be. He said the city even asked how they could help.

Years later, FEW Spirits is still in its original location at 918 Chicago Ave. In the early years, FEW created a ripple effect within Evanston’s community. The first alcohol in Evanston has been followed by four breweries, a cidery and “high end restaurant after high end restaurant.”

“It really kind of helped turn Evanston into a big dining destination,” Hletko said. “There’s a lot of capital investment here…and there’s a lot of stuff coming into Evanston now that might not be here otherwise.

It was a long overdue but welcomed change, even for the naysayers who initially worried about a declining quality of life.

“It’s really exciting how people are reacting with the awesome stuff that’s happening here,” Hletko said. “I think people are around going, ‘Hey, this is actually a good thing’.”

And that’s what FEW Spirits has been for the community — a good thing.

The distillery has made it a point to be active in the Evanston community since it first opened its doors. They choose what causes are important to them and most recently, the distillery found itself marching in the middle of Chicago’s PRIDE Parade.

For Hletko and FEW, Evanston is home. And there’s pride in that. 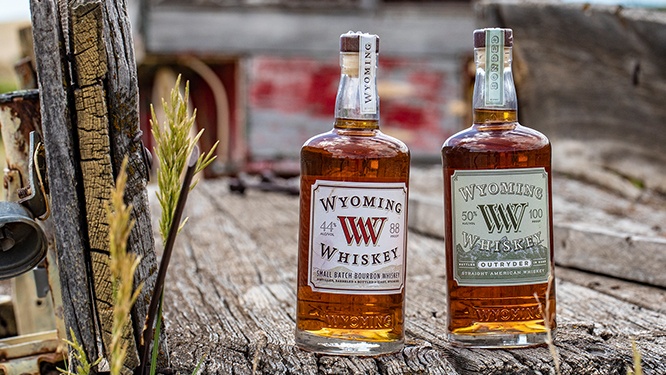