CH Distillery is Chicago born and bred, with its identity – and signature spirit – deeply rooted in the local character, from the company’s values to the grains. 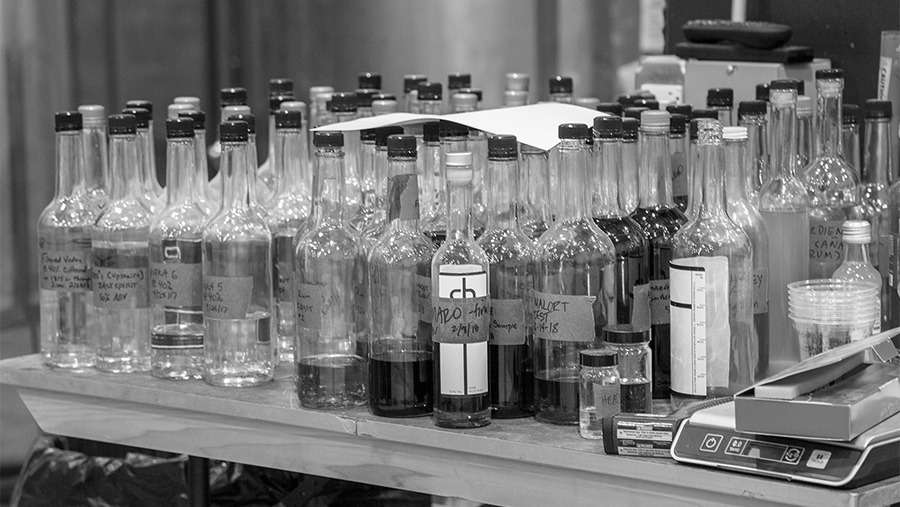 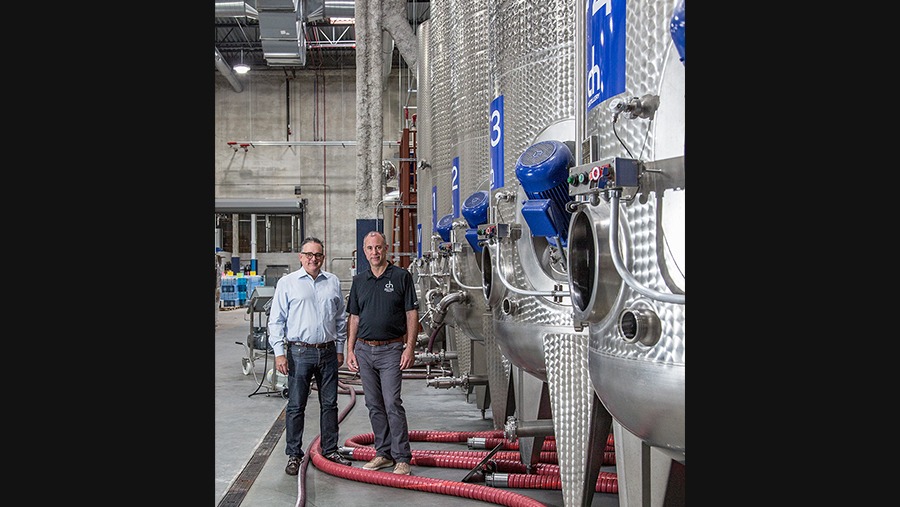 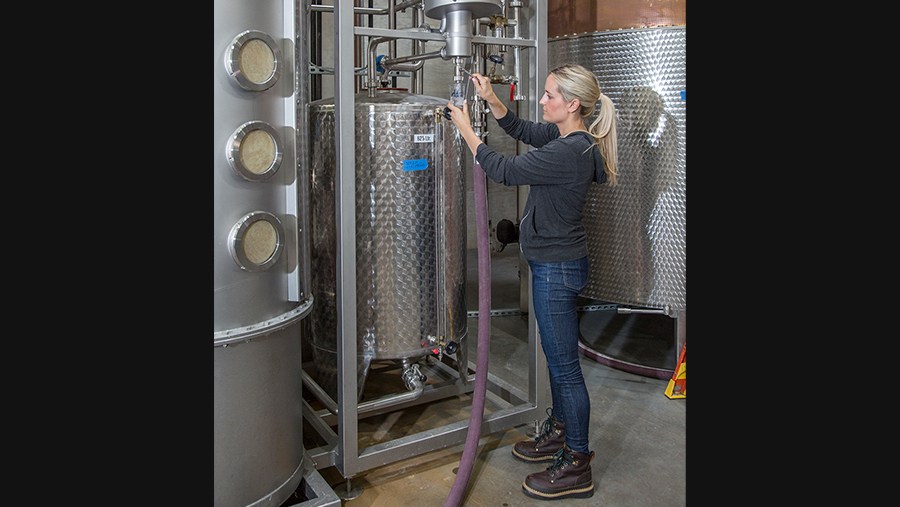 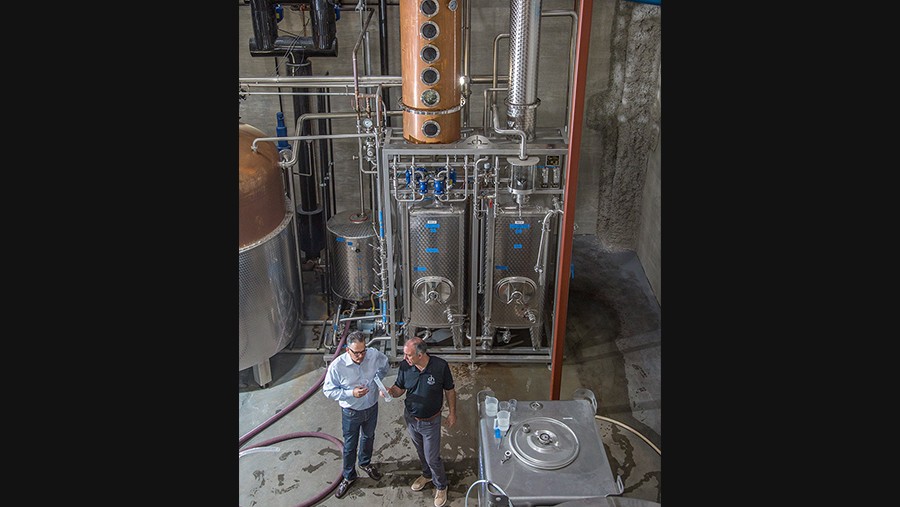 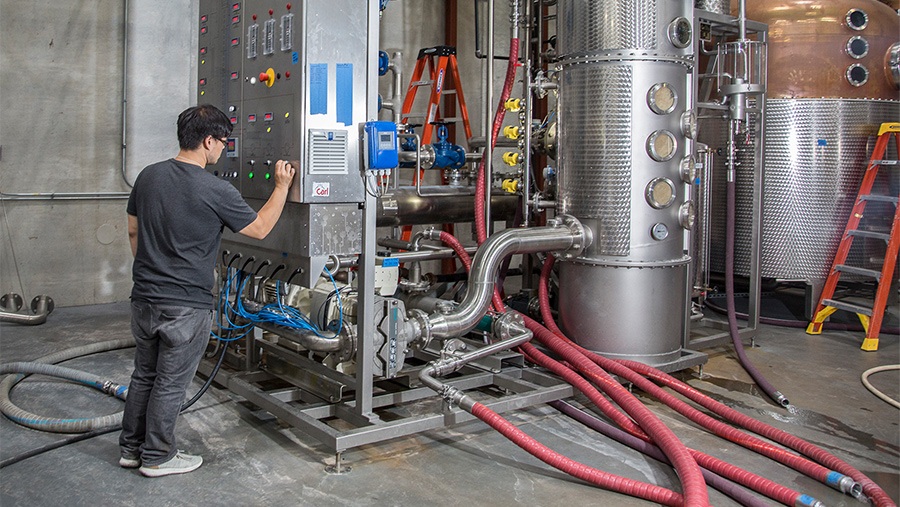 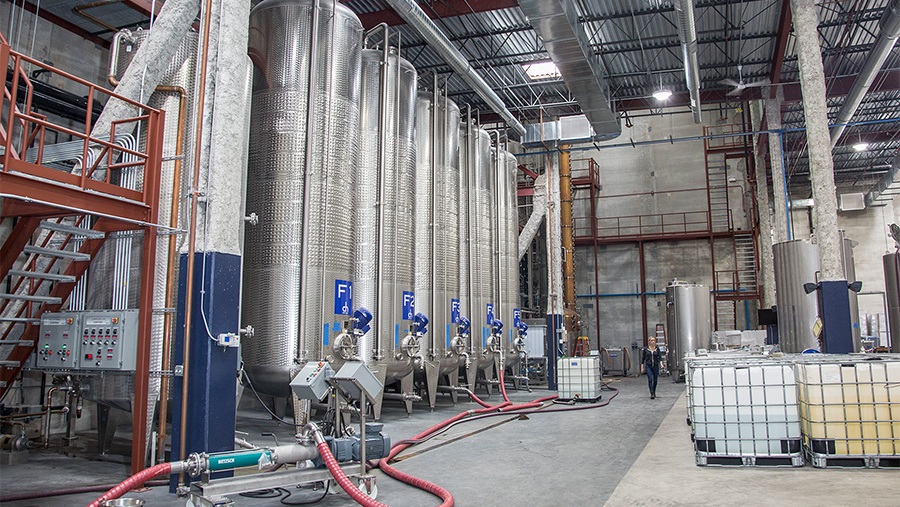 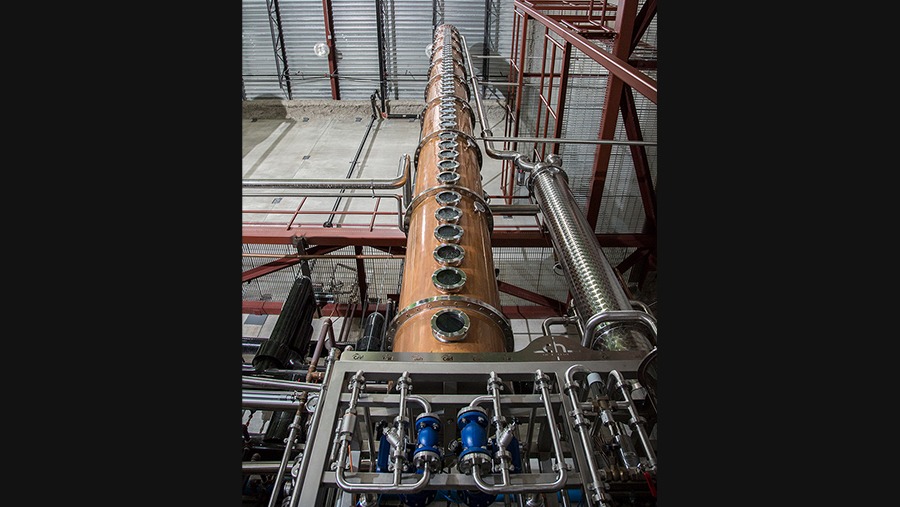 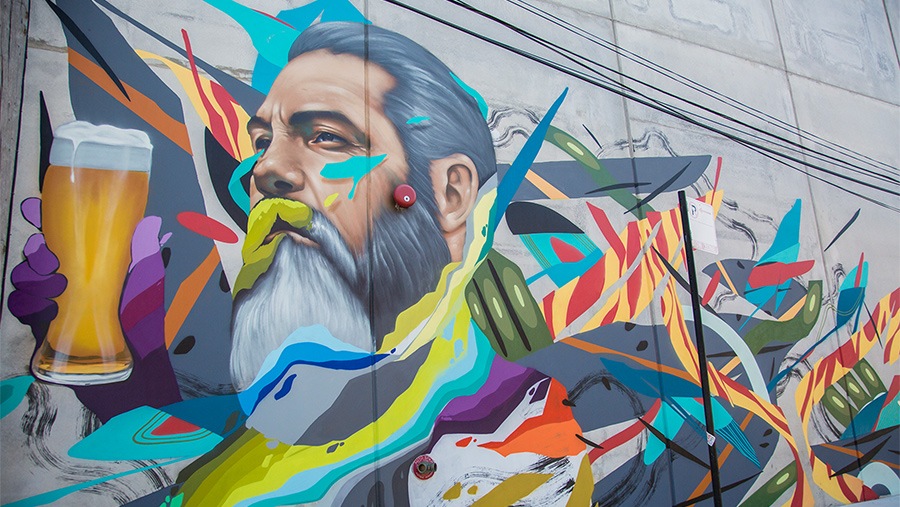 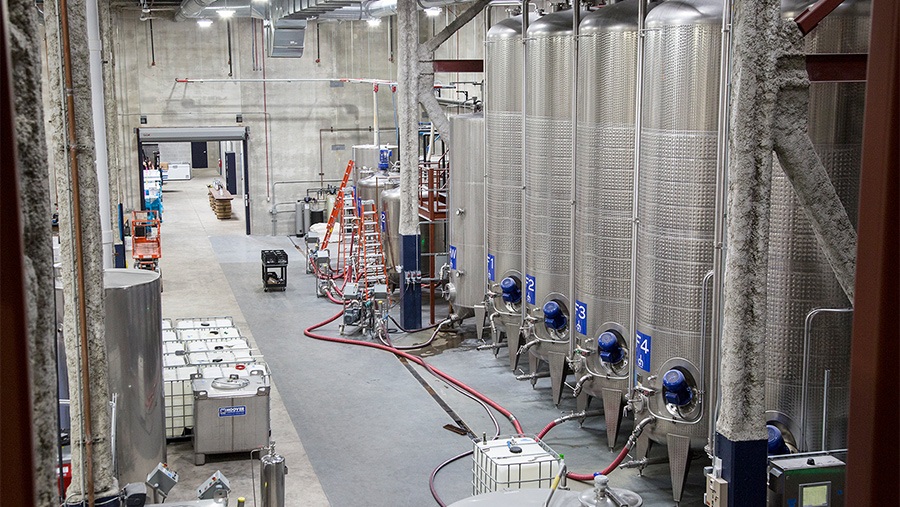 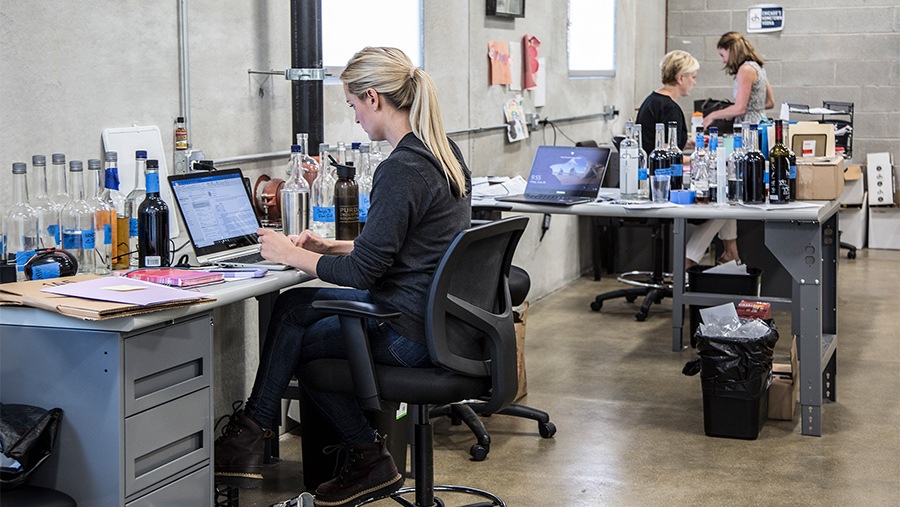 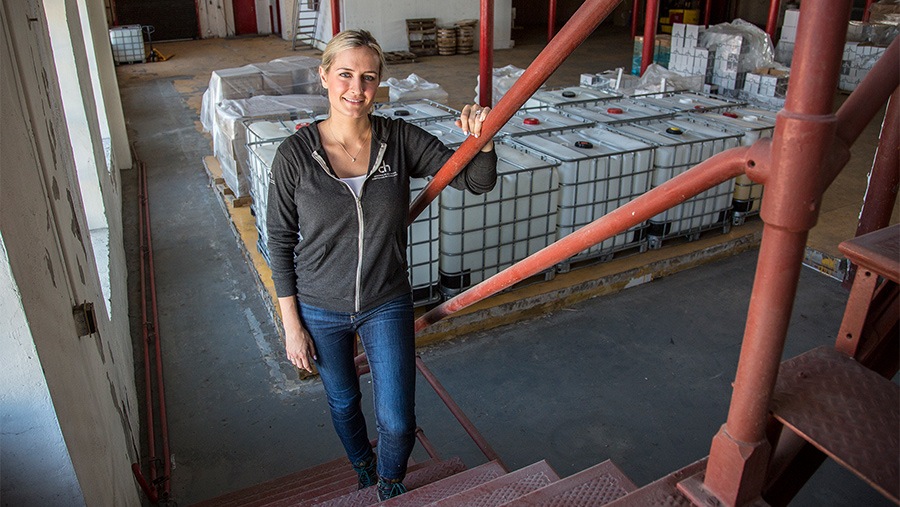 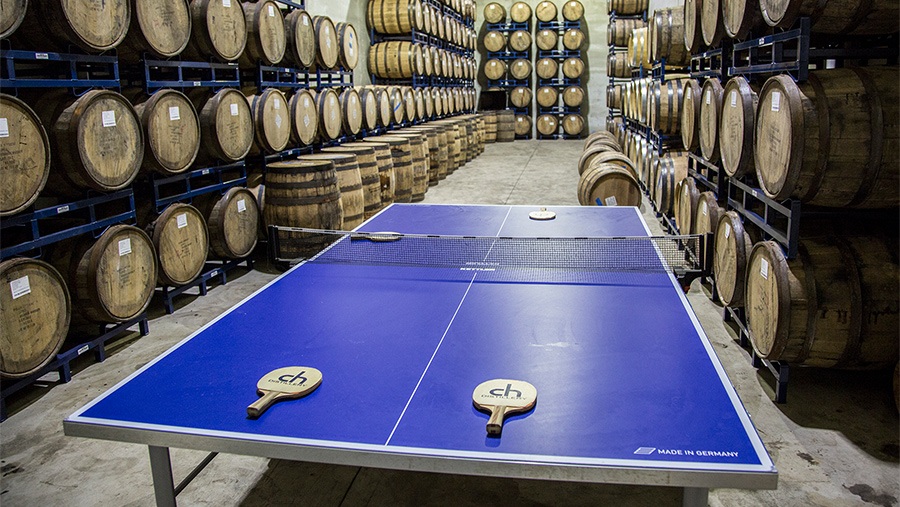 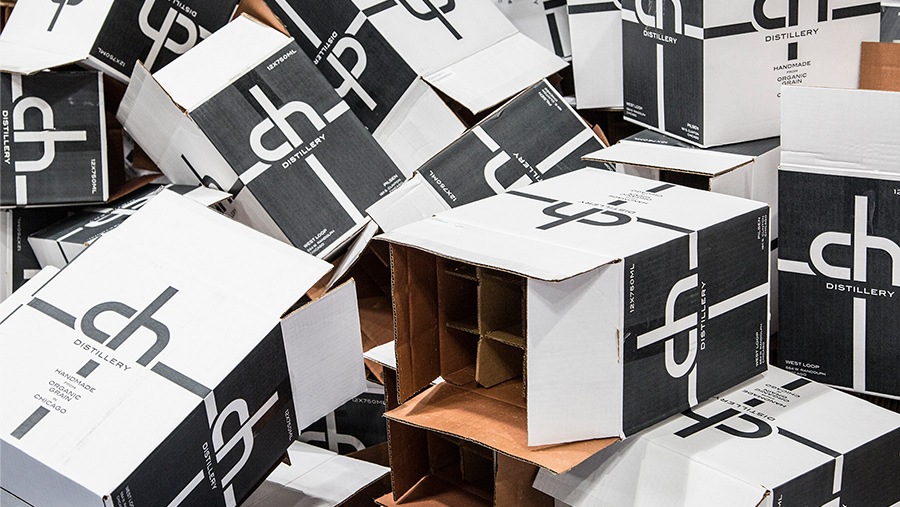 Tremaine Atkinson’s venture into the world of spirits flourished from his own love of them.

His favorite drink is a vodka on the rocks. Atkinson, co-founder of CH Distillery, initially began as a homebrewer. He sees the clear spirit as the “perfect appetizer,” something to cleanse the palate and wake up the senses.

But CH Distillery’s vodka wasn’t always as pure as it is now. Atkinson originally wanted to “bring a lot of character to the table.”

His first batches of vodka “tasted fantastic” but lacked the neutrality that characterizes the spirit.

“I had to say, ‘Hang on. I’m not making this for me. I’m making this for a wider audience,’” Atkinson said. “Personal preference can be a good driver of passion, but it’s not a great way to develop flavors. You have to think a little more broadly.”

Finding the recipe for CH’s signature vodka was a lot of trial and error, but it was also a lot of science and art. Crafting the perfect blend was not only about quality but consistency.

“It’s a delicate balance because you want to wear the hat of a consumer, not necessarily how much you like it,” Katie Cote, CH’s Director of Operations, who is trained in food science, said. “We’re a craft distiller, so we’re fine with different tastes in different batches, but what we really want to do is mimic the flavor profile and deliver a consistent product to our drinkers.”

“I like when our products taste as the consumer expects them to repeatedly over time,” Cote said. “Although we’re craft, we don’t take any shortcuts in our process. We want it to look, taste and feel very high quality.”

At the end of the day, though, CH likes what they’re making, Cote said.

Part of that genuine taste for its own product comes in CH’s locally grown ingredients. The choices given by the Illinois Wheat Association were limited, but CH found a producer of organic grains close to the city.

“What really drives the character and flavor of our vodka are the local grains,” Atkinson said.

“It’s a cooking-from-scratch mentality and that’s where craft distillers can differentiate themselves,” Atkinson said. “There are a lot of craft distillers, frankly, who use the same techniques as the big guys, but the really good ones are taking it back to the ingredient level.”

Producing spirits on a smaller, craft scale allows CH to use the best ingredients, Atkinson said.

“I think our products taste good because we use natural, whole ingredients,” Atkinson said. “It’s like going to a great restaurant where the chef goes to the farmers market every day and really picks the best ingredients. You taste it in the food.”

“We want to have that combination of artisan and consistency,” Atkinson said.

The level of quality and craft found at CH Distillery became its reputation and within five years, the brand knew it needed to expand. Still keeping the bar at its original location in the West Loop, CH moved production to a $12 million complex in Pilsen that was once home to Schoenhofen Brewery.

Until CH took over the facility in 2017, alcohol hadn’t been brewed in the area for at least 60 years, and that was a moment everyone took in.

“There’s a vibe in this space where you kind of feel the history of alcohol production,” Atkinson said.

Everyone at CH knows growing into their new space will be like outgrowing their old one — a definite challenge but hopefully a steady one. The last five years have treated the company well, but the next five can be unpredictable.

“You have to remind yourself sometimes that success or expansion doesn’t happen overnight,” Cote said. “It’s being okay with that, being patient and persistent.”

Cautious optimism is as synonymous with CH Distillery as vodka and Chicago. Atkinson and Cote crave success but never at the expense of the product or the people. They know they have to look at the details to achieve the big picture.

“At CH, it’s not project-focused. It’s not buttoning things up and moving on,” Cote said. “It’s thinking long-term — what’s the best decision to make today and in the future?”

Despite the facility’s history, CH is determined to make its own and as a young company, they know there’s room for that. Right now, they’re still concentrating on their production growth and expanding audience.

“We are still changing things every day and being a startup, we have to flex our comfort level,” Cote said. “We are continuing to do what we want to do, but we also now need to leverage our size, capacity and try to grow our volume.”

“It’s really about responding to what consumers want and then also continuing to make products that we love,” said Cote.

Delivering a product that Chicago can be proud of is an accomplishment CH Distillery checked off a long time ago, but that doesn’t mean it’s something they’re done with.

“I’m still learning every day,” Atkinson said. “But quality is not something you can compromise on.”

The challenge comes in transforming a famously neutral spirit into something that “wakes up” the palate. The beauty comes in the craft’s respect for history and regard for innovation, said CH Director of Operations Katie Cote.

“I like that vodka is challenging to make from scratch,” Cote said. “You want those slight nuances where there’s enough flavor and character to be who we want to be, but it’s difficult to not make a vodka that’s super flavorful.”

In a city that blends Old World class with New World taste, CH takes that persona and perfectly parallels it into its signature spirit.

“I like vodka because it’s clean, crisp and modern,” said Tremaine Atkinson, CH co-founder and distiller. “A really well-made vodka does have enough character in it to be interesting.”

If we made our vodka from rye and wheat from another climate or another part of the country, I don’t think it would taste the same.
- Katie Cote, Director of Operations at CH Distillery

CH is Chicago-born and bred, and its spirits owe their flavor to locally sourced grains. Those grains add a dimension that Atkinson describes as “terroir,” a term more typically heard in the wine industry.

“It tastes kind of like the place that it comes from,” Atkinson said. “If we made our vodka from rye and wheat from another climate or another part of the country, I don’t think it would taste the same. It’s got that local grain character to it.”

But for CH, that local character also morphs into the distillery itself. With an identity so rooted in the city, Midwestern values translate naturally to the business model.

CH lends a hand to almost 300 organizations every year, whether it’s through product donations or assisting with fundraisers. A number like 300 sounds lofty, but CH does its best to help everyone who asks for it. Atkinson said they don’t really say no to anybody.

“We’re so focused on being from Chicago and being part of Chicago,” Atkinson said. “You want to be a good neighbor and a good citizen of the city.”

That type of dedication to product, passion and people is the at very core of what CH is, and it has solidly caught the attention of locals and travelers alike. Originally a small distillery and bar in West Loop, CH has since expanded production to a facility in Pilsen.

The company is still only five years young, but its growth is tangible, highlighted in compliments and bottle displays.

Atkinson recalls walking into a restaurant that carries CH spirits when a man Atkinson had never met stopped him, look at his CH-branded shirt and said, “That’s a good vodka.”

For Atkinson, Cote and the rest of CH, that kind of response elicits a feeling that’s levels past rewarding.

“We created this from nothing, so it feels good,” Atkinson said. “If I go into a restaurant or liquor store and I see CH, that is still my favorite thing that happens. I still get a thrill out of that.” 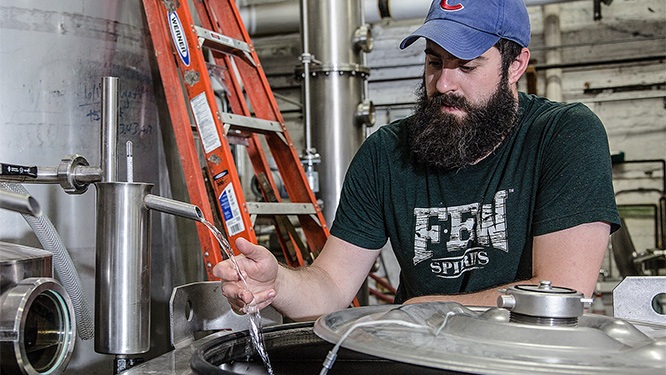 How FEW Spirits is Building a Better Community